U-19 boys will have to adapt fast in New Zealand, says Rahul Dravid

Mumbai, Dec 27 (Cricketnmore) India U-19 coach Rahul Dravid on Wednesday asserted that the conditions in New Zealand will pose the biggest challenge to his wards when the U-19 World Cup starts next month. 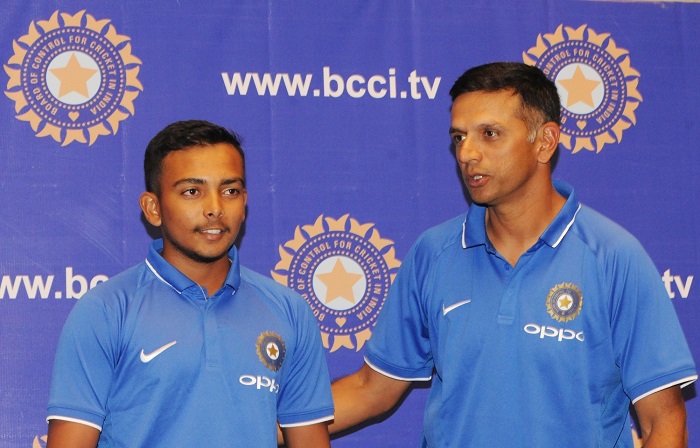 "The conditions would provide unique challenge in that no one in the team has played in New Zealand before. The key would be in adapting to the conditions well," Dravid said at the pre-departure press conference here.

"We have tried to replicate the conditions in the Bangalore camp to the extent possible. But it's not possible to do it completely," he added.

With the U-19 World Cup starting on January 13 in New Zealand, Dravid asserted that the presence of several players with experience of first class cricket among the Indian colts will stand them in good stead.

"It's always good to have players in team with some first class cricket experience. This team too has a few. The team is similar to the one we had the last time with only one major difference that in the previous team there were people with more experience of having played U-19 World Cup," the former star batsman said.

"This team too has a good pace attack, good spin bowlers and a good batting unit like the last one," he added.

Three-time champions India have been placed in Group B alongside Australia, Papua New Guinea and Zimbabwe.

The 16-member Indian squad flew out for New Zealand on Wednesday night.

Dravid also asserted that the U-19 World Cup is a great platform for young players and is a stepping stone towards eventually representing the senior national team.

"I have been talking to these players about other formats as well. If they can make it to the India A team in 6-8 months, it will be great. We see this as a stepping stone. I can't say who can go on and make it or who cannot. All of them have the potential to play for their state and India in future," Dravid said.

"We remind them the purpose of U-19 cricket. The previous players from the U19 teams have gone on to do wonders for India. Some have not been able to do much who might know what they in the future.

Yes, I think we have not just shown them in words but also in actions. All we have to do is guide them to the teams in the past and they know what is right," he added.