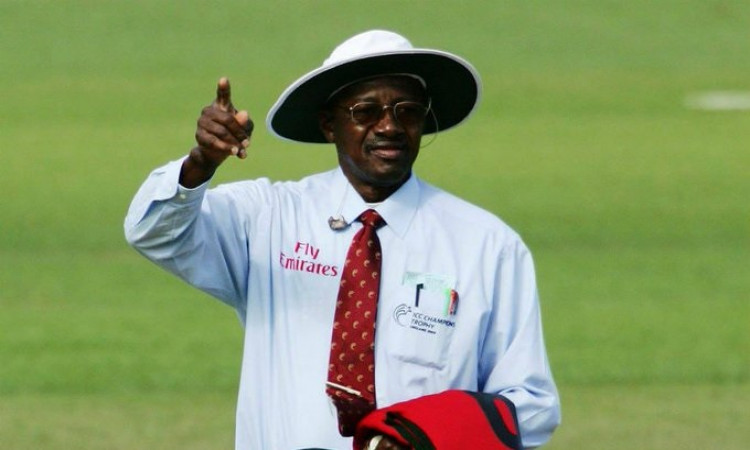 New Delhi, July 19: Steve Bucknor retired from umpiring in 2009 after officiating in 128 Tests and 181 ODIs. For much of his career, he had an unblemished record but that was somewhat undone by few errors that he made in his final years. Those that stand out were his blunders during the infamous 2008 Sydney Test between India and Australia.

"I made two mistakes in the Sydney Test in 2008. Mistake one, which happened when India were doing well, allowed an Australian batsman to get a hundred. Mistake two, on day five, might have cost India the game. But still, they are two mistakes over five days. Was I the first umpire to make two mistakes in a Test? Still, those two mistakes seem to have haunted me," Bucknor told a daily.

"You need to know why mistakes are made," Bucknor said. "You don't want to make similar mistakes again. I am not giving excuses but there are times when the wind is blowing down the pitch and the sound travels with the wind. The commentators hear the nick from the stump mic but the umpires may not be sure. These are things spectators won't know."

Bucknor had refused to raise his finger when Andrew Symonds edged to M.S. Dhoni behind the stumps off Ishant Sharma. Symonds was on 30 and he went on to score an unbeaten 162 to take Australia to 463 from being 134/6 at one point.

He then adjudged Rahul Dravid out on the last day when India were chasing 333 and fighting for a draw. Dravid had his bat firmly tucked behind his pads and replays showed that there was no contact between bat and ball.

Bucknor was eventually removed by the International Cricket Council (ICC) from officiating in the third Test as tensions between the two sides started snowballing into the Indian team even considering pulling out of the series.