When it comes to playing with a bleeding knee in the yellow of Chennai Super Kings, visuals of former Australian batsman Shane Watson during the IPL 2019 final come in mind. That time, Watson was applauded for his commitment towards the game and his team. 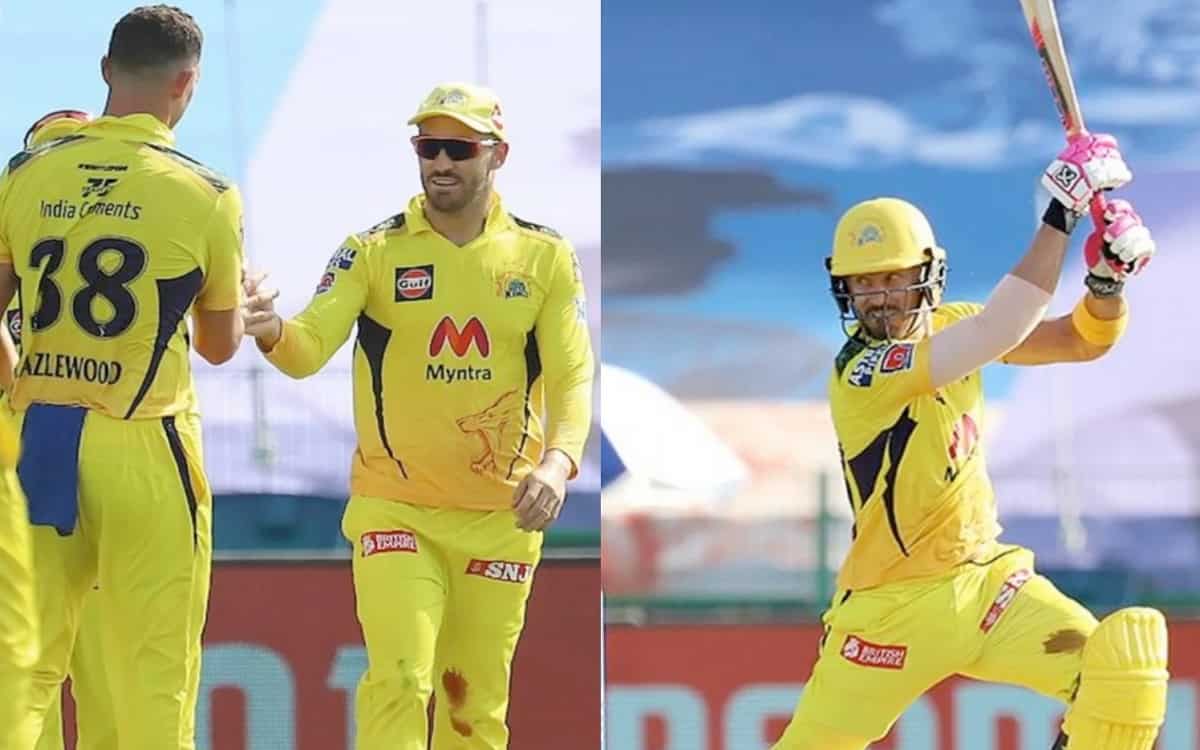 On Sunday, Faf du Plessis earned the respect of CSK fans when he continued to field despite a bleeding knee. The South African was seen fielding with blood on his knee during the first innings against KKR.


Cricket Has Only Itself To Blame For The Bloated, Unworkable Schedule: Ian Chappell

The blood on his knee was spotted after he took the catch of Eoin Morgan at the long-on boundary while showing his superlative catching skills. Just like Watson, du Plessis came out to bat despite blood on the knee and made 43 runs while sharing a stand of 74 runs in CSK's two-wicket win over KKR.

The screengrab soon went viral on social media platform Twitter, earning praise from the cricket fans for his dedication and commitment towards his side. It is yet to be known how his knee started to bleed.

Fans on social media suggested it could be due to his dive earlier in the innings when a leading edge from Venkatesh Iyer's bat went high to mid-on and Du Plessis couldn't reach the ball. That time, du Plessis went off the field after hurting his right finger.

"Dedicated #Yellove Army #CSK it's just not a team it's an emotion #fafduplessis @ChennaiIPL," wrote one user on Twitter.