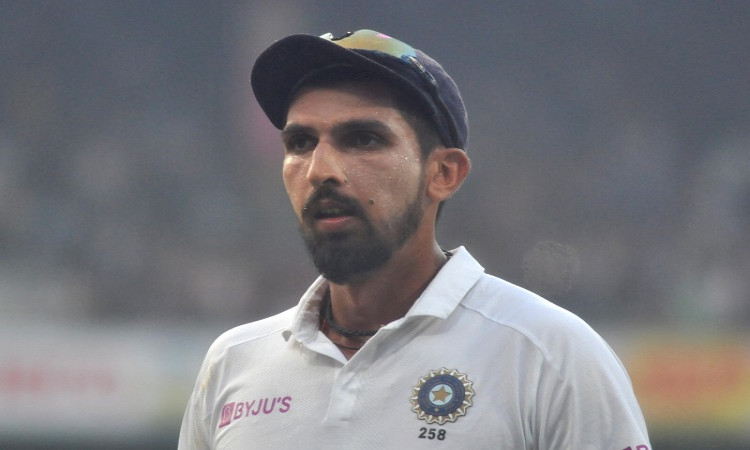 New Delhi, Nov 22: Twitter users hailed Indian pacer Ishant Sharma on Friday after he earned the distinction of becoming the first Indian bowler to bowl with a pink ball, first to get a maiden over, first wicket, and first to bag five wickets in an inning in the new format of Test cricket.

His latest five-wicket haul at home came after a gap of 12 years. In 2007, he returned figures of 5/118 against Pakistan in Bengaluru.

Also Read: What we saw at Eden is a step forward for Test cricket: Sourav Ganguly

His fans were all praise for him as they posted statistics to showcase his achivements after his comeback to international cricket.

One fan gushed: "Clean bowled!! Outstanding bowling by Ishant Sharma. He is an outstanding bowler and one of the greatest fast bowlers."

One user posted Ishant's picture and commented: "Ishant Sharma is enjoying playing with the pink ball."

One fan retweeted a BCCI tweet which read: "A pumped up @ImIshant after he picks up his 5-wkt haul in the #PinkBallTest. #TeamIndia pacers have bowled out Bangladesh for 106 runs in the first innings."

A cricket follower remarked: "He is not only height but also taking #TeamIndia new heights".