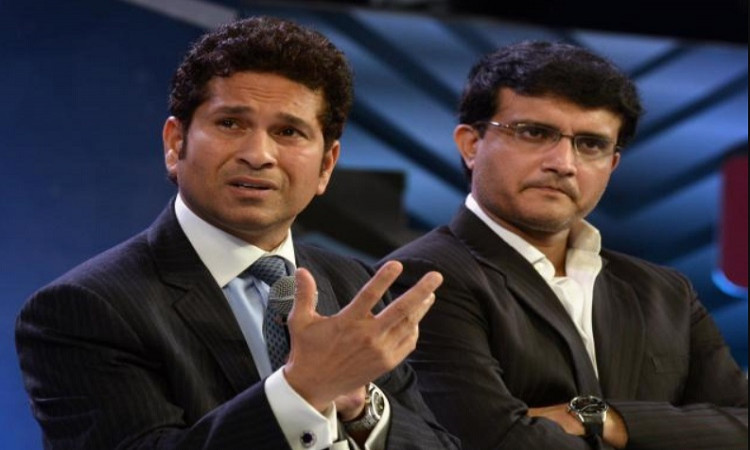 Oct 31 (CRICKETNMORE) Promising to make the first-ever Day-Night Test a "fantastic event", BCCI president Sourav Ganguly on Thursday said he is "trying" to bring Sachin Tendulkar for the historic game.

"We will make it a fantastic event. Work is on. In 3-4 days time I will be able to give you a complete list of what is happening," Ganguly told reporters at Eden Gardens here.

The Bangladesh Cricket Board (BCB) on Tuesday had agreed to play the second Test against India at Eden Gardens under lights and this will be the first Day-Night Test for both teams. The match is scheduled between November 22-26.

Bangladesh will play three T20s and two Tests with the first T20I to be played in New Delhi on Sunday.

Cricket Association of Bengal (CAB) has gala plans to make the occasion special and among them are invitations to the Prime Ministers of the two countries. While Bangladesh PM Sheikh Hasina has confirmed her attendance, Ganguly said Narendra Modi is yet to confirm.

"PMO has been requested and invite has been sent," he said.

The CAB also has plans of felicitating the players of both India and Bangladesh teams who were part of the first Test between the two nations in November 2000.

Ganguly, who was captain in the game, said he will try to bring Tendulkar as part of the Indian team that played Bangladesh for the first time in 2000.

"We will felicitate the players of the first Test, that 2000 Test. I am trying to get hold of Sachin. Rest everybody will be available. We will felicitate MC Mary kom, P.V. Sindhu for their achievements this year."

The BCCI has plans to felicitate India's Olympians Abhinav Bindra, MC Mary Kom and P.V. Sindhu on the sidelines of India's second Test.

The Test will also have daily tickets priced as low as Rs 50, and they will have a tinge of pink on them to mark the historic occasion.

A picture of the iconic Eden will be put behind every ticket.