Dunedin, Jan 13 - New Zealand rode on paceman Trent Boult's fifer to thrash Pakistan by 183 runs in the third One-Day International and take an unassailable 3-0 lead in the five-match rubber.

Batting first after winning the toss, New Zealand were bowled out for 257 in their 50 overs, a total that proved out to be a gigantic one in the end, as Pakistan collapsed to 74 all out -- their fourth-lowest ODI total.

Skipper Kane Williamson top-scored for the hosts with 73 runs off 101 balls while Ross Taylor finished with a well-paced 52 off 64. Martin Guptill also played a handy knock of 45 off 62 while Tom Latham paced a run-a-ball 35.

Hasan Ali and Rumman Raees picked up three wickets each while Shadab Khan picked up two wickets as New Zealand lost seven wickets for 62 in the last 10 overs after being comfortably placed for 195/3 at the end of 40 overs.

But even that was too much for Pakistan, who could not recover from a top-order slide induced by Boult (5/17), dismissing Azhar Ali, Fakhar Zaman and Mohammad Hafeez in his first two overs, to reduce Pakistan to 2/3 in 4 overs.

That score became 16/6 in the 15th over, and before they could come to terms with the situation, Pakistan found themselves 32/8 in the 19th over.

A 20-run partnership between captain Sarfraz Ahmed and Mohammad Amir took the score past the lowest-ever ODI total of 35, which Pakistan risked changing, and then past 43, which is Pakistan's lowest team total in ODI cricket.

After Amir's wicket in the 24th over, Rumman Raees shared a 22-run stand with Sarfraz, but the game was already lost by then. Eventually, Pakistan were bowled out for 74 in 27.2 overs.

While Man-of-the-Match Boult turned out to be the pick of the bowlers, Colin Munro and Lockie Ferguson contributed with two wickets apiece.

Raees was the top run-scorer for Pakistan with 16 as only four batsmen could reach double-digit scores. Sarfraz finished unbeaten on 14. 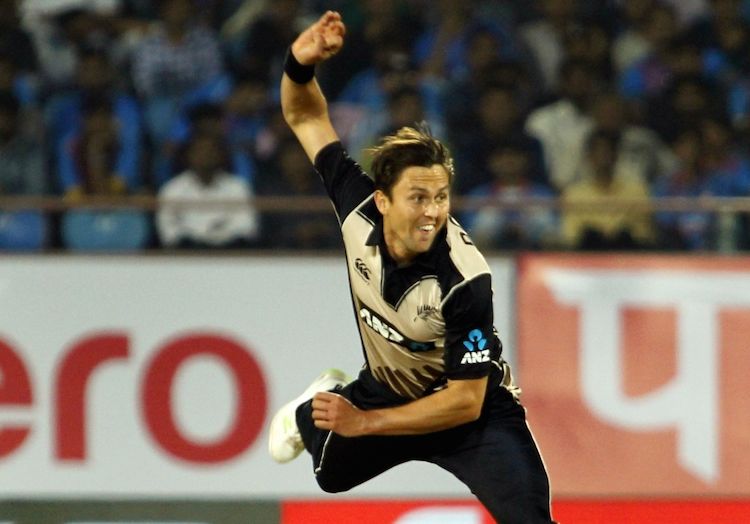