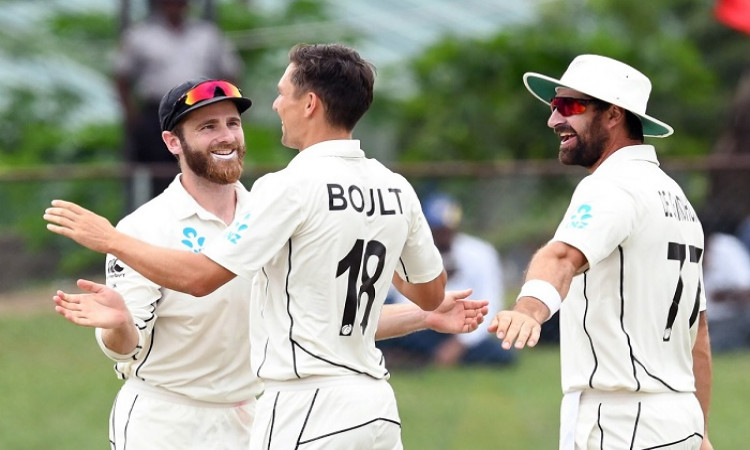 Wellington, Dec 6:  New Zealand have received a major boost ahead of the three-Test series against Australia as Trent Boult and Colin de Grandhomme have made remarkable progress in recoveries from their injuries and have been cleared to travel with the squad.

Boult (side strain) and de Grandhomme (abdominal tear) had missed the second Test against England in Hamilton. The Black Caps had won the first Test by an innings and 65 runs at the Bay Oval and with second Test ending in a draw, they clinched the two-match series 1-0.

Also Read: Glenn Maxwell trains with Victoria, not 'far away' from playing

However, on Friday New Zealand Cricket confirmed that both of them would travel to Perth with the squad on Saturday having come through a training session in Mount Maunganui on Friday.

"Trent Boult and Colin de Grandhomme are both making good progress with their injuries and successfully trained today at Bay Oval," NZC posted on its official Twitter handle. "The pair will travel with the team to Perth tomorrow."

However, there still remains a question mark whether both of them would be able to participate in the day-night Test at Perth Stadium which starts December 12.

The second Test begins on the Boxing Day at the MCG and the final fixture will be played at the SCG from January 3, 2020.