AUG 16, NEW DELHI:  M.S. Dhoni never won a Man of the Match award in T20 Internationals. His innings were mostly about holding up one end while an in-form batsman took on the bowlers at the other. However, his anchor acts were crucial to India's cause on multiple occasions during his illustrious career. 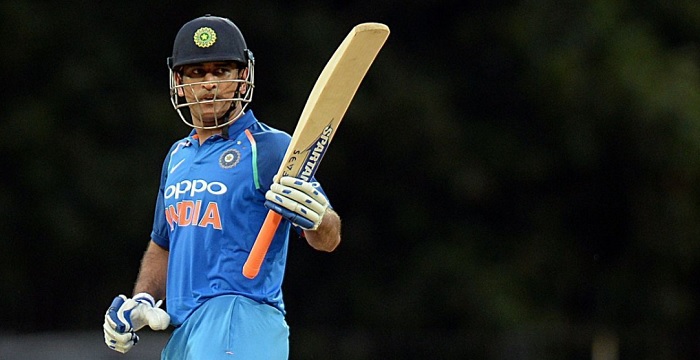 The 39-year-old on Saturday called time on his illustrious international career. In T20Is, Dhoni played 98 games, scoring over 1,617 runs at a strike rate of 126.13. More importantly, he led India to glory in the inaugural World T20 in 2007. The veteran wicketkeeper-batsman has a 58.33 win percentage in this format, with 42 victories in 72 games as captain.


Dhoni special : Five moments when Dhoni showed he is the coolest captain

Take a look at his top five knocks in T20Is:

Sri Lanka had posted a mammoth 206/7, but India got off to a good start to the chase, thanks to Virender Sehwag and Gautam Gambhir. The pair posted 58 in the first six overs before Gambhir was dismissed and Dhoni replaced him. Dhoni was not the highest scorer in this match with Yuvraj Singh eventually winning Man of the Match for his unbeaten 60. But the wicketkeeper-batsman held up one end as Sehwag and later Yuvraj went big guns. By the time he fell, Sri Lanka had all but lost the game.

This was the first T20I fifty for the former Indian captain and his highest score in the format. Here too, he held up one end as Suresh Raina and Yuvraj Singh decimated the England bowlers. India went on to post 202/6 and England were wiped out for 127, thanks to Yuzvendra Chahal's six-wicket haul.

Pakistan had India on the ropes at 88/3 in 12 overs when Dhoni joined Yuvraj in the middle. Dhoni held up one end as Yuvraj rained sixes from the other. Their 97-run partnership off just 44 balls pushed India's total to 192/5 and Pakistan fell short by 11 runs during their chase.

India were tottering at 61/4 when 20-year-old Rohit Sharma was joined in the middle by his captain. The pair bailed India out by posting 85 runs for the fifth wicket. Momentum was with India when they came out to bowl and they made the most of it. R.P. Singh picked up four wickets while Harbhajan Singh and S. Sreesanth picked a pair each as South Africa were restricted to 116/9.

This was one of the earliest signs of Dhoni's ability to finish off the innings in the best possible manner. But Dhoni's innings and almost everything that happened in this match was overshadowed by Yuvraj Singh's scintillating knock of 70 off 30 balls. India were primed for a big score when he was dismissed in 18th over and Dhoni made the most of it, milking 21 runs off the next nine balls he faced. India won the match by 15 runs.