In the first half of IPL 2021, there were batting performances that wowed the audience while many bowlers came out on top with great spells. But there were some stunning catches taken which earned the fielders many accolades. 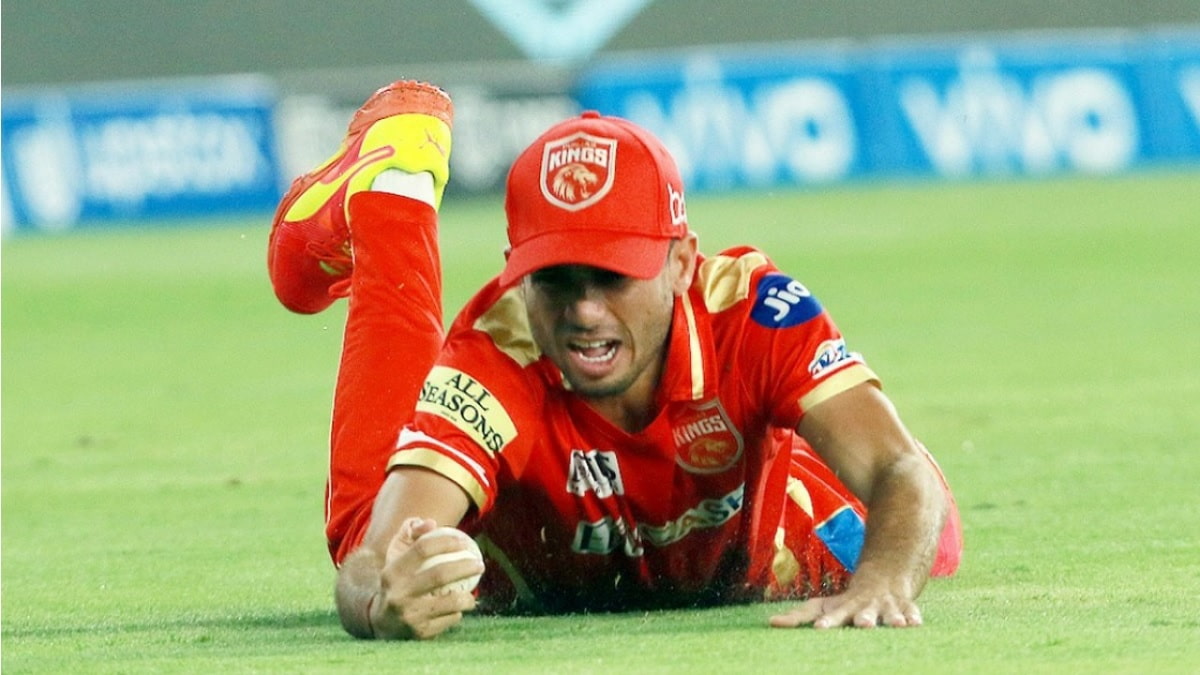 We take a look at instances of extraordinary catches from the first half of IPL 2021:

The 'catch of the tournament' title is sitting with leg-spinner Ravi Bishnoi of Punjab Kings. The 20-year-old pulled off a screamer of a catch against the Kolkata Knight Riders in Ahmedabad. In the third over of Kolkata's chase, Sunil Narine tried to pull over deep mid-wicket off Arshdeep Singh. Bishnoi ran a long way, almost 30 metres, from deep square leg and then dived at full stretch to complete a blinder of a catch at cow corner, which had gone very high in the air. Bishnoi's magnificent effort drew high praise from everyone, especially former England batsman Kevin Pietersen tweeting, "The catch of EVERY IPL tournament. Wow wow wow - Bishnoi,".

The match between Rajasthan Royals and Punjab Kings marked the IPL debut of left-arm pacer Chetan Sakariya. It was a memorable match for Sakariya, who took three wickets and took a brilliant catch to dismiss Nicholas Pooran for a golden duck. In the 18th over, Pooran tried to pull a slower short ball from Chris Morris. The ball was going to the left of Sakariya, stationed at short fine leg. What happened next was just outstanding fielding as Sakariya flew across and grabbed the ball with both hands. The third umpire took some time before confirming the scorcher of a catch in Sakariya's favour.

Jadeja has been one of the sharpest fielders in the cricketing world. In the match between Chennai Super Kings and Punjab Kings, Jadeja reminded everyone about his superlative fielding skills. After sending KL Rahul to the pavilion with a cracking direct hit, Jadeja claimed a fantastic catch to dismiss Chris Gayle. On a knuckleball from Deepak Chahar in the fifth over, Gayle went for an uppish drive and sliced the ball to the right of backward point. Jadeja flung into action and dived across to his right to complete an air-borne catch.

In the match between Kolkata Knight Riders and Royal Challengers Bangalore in Chennai, Rahul Tripathi took a sensational running catch that had the fielder's wicket written all over it. Trying to attack a drifting away delivery from Varun Chakravarthy, Virat Kohli couldn't manage to get it off the middle of the bat. The bat turned on impact and ended up being a slice. Tripathi ran backwards from extra cover, kept his eyes on the ball, and held on to the catch in front of his right shoulder. Though he tumbled while taking the catch, Tripathi didn't let go of the ball.

In the match between Delhi Capitals and Rajasthan Royals in Mumbai, Samson pulled of a stunning one-handed flying catch to dismiss Shikhar Dhawan. On the first ball of the fourth over, Dhawan shuffled across for a pre-mediated scoop against a full delivery from Jaydev Unadkat. Samson, amidst all the action, followed the ball's direction and leapt full length to his right to pull off a superb catch.