New Zealand's stand-in captain Tom Latham praised his side's "amazing" depth as they looked to follow a series win over England with victory in next week's inaugural World Test Championship final against India. 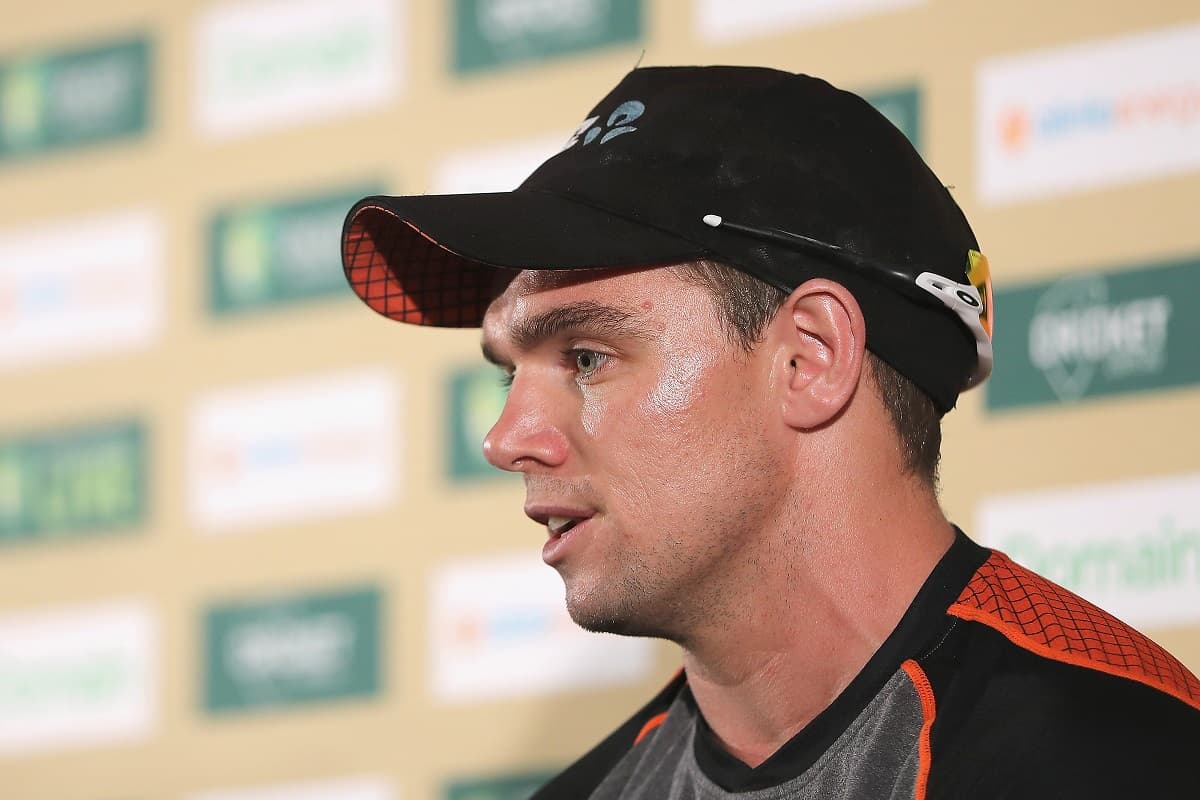 The Blackcaps hammered England by eight wickets with more than a day to spare in the second Test at Edgbaston on Sunday to seal a 1-0 success following last week's draw at Lord's.

This was just New Zealand's third win in 18 Test series in England and their first this century after triumphs in 1986 and 1999.

A victory that saw New Zealand leapfrog India at the top of the Test standings was made all the more impressive by the fact their XI at Edgbaston featured a remarkable six changes from the team at Lord's.

Injuries ruled out captain and star batsman Kane Williamson, wicket-keeper BJ Watling, and spinner Mitchell Santner, with veteran seamer Tim Southee, towering quick Kyle Jamieson and all-rounder Colin de Grandhomme given a chance to freshen up ahead of the showpiece match against India at Southampton.

Yet the 'stand-ins' performed superbly, with paceman Matt Henry taking 6-114, including several top-order wickets in a player-of-the-match display.

But with New Zealand set to be at full-strength against India, Henry may be back on the sidelines

"Matt has been with the group for a long period and probably hasn't got the game time he would have wanted. For him to come in and put a performance on the board, that was really important, especially the work that he did yesterday (Saturday) with that new ball.

"It was amazing from a personnel change of six guys. That hasn't happened for a long time in this group and it has been a hard team to crack into.

"For all those guys to get that opportunity, (Will) Young, Henry, (Ajaz) Patel, was fantastic. They performed their roles really well."

Meanwhile, Devon Conway, who made 200 on Test debut at Lord's, was named New Zealand player of the series after adding a valuable 80 in the first innings at Edgbaston.

Latham asked how New Zealand -- a country with a population of just some five million and one where rugby's All Blacks dominate -- could produce so many Test class players, replied: "It's a mixture, one of the big things is the standard of domestic cricket that we have back home allowing players to be challenged at first-class level.

"The depth of our domestic cricket is in a really strong spot."

He also pointed to the change of approach that occurred under now-retired former New Zealand captain Brendon McCullum which helped the Blackcaps go all the way to a 2015 50-over World Cup final where they were beaten by co-hosts Australia.

"Probably six or seven years ago, the leadership group sat down and thought we'd try to play a brand of cricket that was true to us and something that we could hold our hat on.

"It came through in the World Cup in 2015 -- we try to play like Kiwis, something we hold true to this group.

"Team-first mentality -- it's been a massive shift and I'm sure it will continue in the coming years."

But in the meantime, the significance of a series win in England was not lost on the 29-year-old Latham, who hit the winning boundary on Sunday.

"It's a fantastic achievement from the group and I think it's important that we celebrate with each other," he insisted.

"It's well documented that '99 was the last time we'd won here... I certainly remember staying up late, watching teams come over to England and playing Test cricket at Lord's and these iconic grounds.

"We did really well over the two Test matches and now that we've ticked them off, it's important our focus shifts to India in a couple of days."