To miss out on WC squad at the 11th hour was difficult, says David Willey

Southampton, July 31:  Fast bowler David Willey, who starred in England's comprehensive win over Ireland in the first ODI, has said that he wasn't sure if an opportunity would come again for him after the last 12 months which saw him getting omitted from the World Cup squad at the 11th hour. 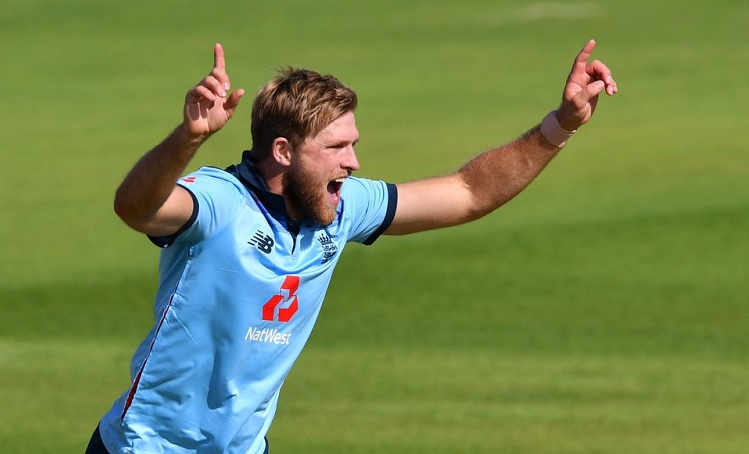 Willey was dropped on the eve of the World Cup, deposed by the qualities of Jofra Archer who played an instrumental role in England's maiden World Cup win.

However, on Thursday, Willey took his maiden five-wicket haul as England beat Ireland by 6 wickets to take a 1-0 lead in the three-match series. It was Willey's first match for England in 14 months.

"Obviously I've been part of the group for four years, so to miss out at the 11th hour (World Cup squad) was difficult," Willey said after the match at the Ageas Bowl.

"For me it's about going out and enjoying every minute. Every opportunity could be the last one.

"I want to play my best cricket when I'm enjoying it. Hopefully the results keep coming," he added.

England captain Eoin Morgan also heaped praise on Willey and said: "Given the story of Willey missing out on the World Cup squad, it's a fantastic comeback. He and (Saqib) Mahmood were outstanding."

The left-armer has so far played 47 ODIs and 28 T20Is in which he has scalped 57 and 34 wickets respectively.

Meanwhile, Andrew Balbirnie, Ireland captain said batsmen from his side played loose shots and gave away their wickets. He called upon his players to reedem themselves and comeback with a better performance in the remaining two games of the series.

The result meant England claimed 10 points from the first World Cup Super League fixture. The next game in the series, which also counts towards the Super League, will take place at the same venue on Saturday.