Mumbai, July 6:  'Tinker man' Virat Kohli is sometimes changing fields way too often but at the end of the day he is his own man, feels former England skipper Nasser Hussain. 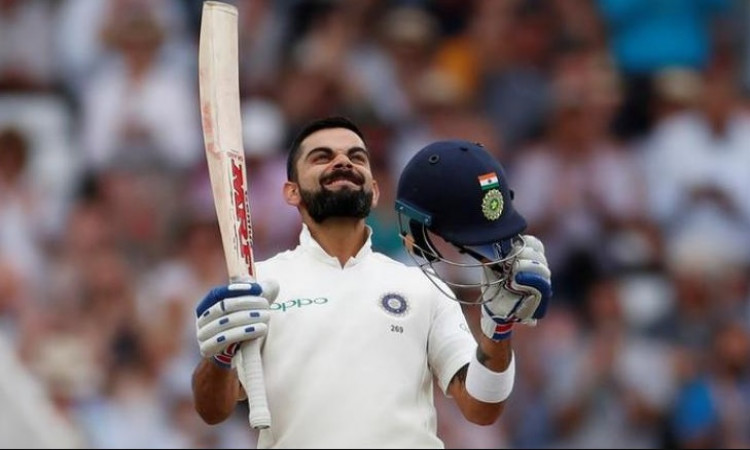 "I call him the tinker man. Every over, you have to change the field, he's running up changing things, he tinkers a little bit too much," Hussain said on the Star Sports show 'Cricket Connected', speaking about the India captain.

"Virat Kohli could never be the cool ice man. Virat Kohli wears his heart on his sleeve.

"If you watch Virat Kohli play football in the morning, I worry about some of his own players because he's so keen to win, he could do a double-footed tackle at waist height to be honest because he just wants to win and that's why in a run chase in white-ball cricket, if you ask me to name one person I want in a run chase in white-ball cricket, it would be Kohli because he sees that winning target and that's all he's interested in," added the 52-year old, a highly respected voice in world cricket.

"So, he's his own man, he's got better at certain things or still certain areas I'd like to see Kohli improve on."

Hussain, who has played 96 Tests and 88 ODIs for England, also criticised India for failing to zero in on a No.4 batsman last World Cup, saying Kohli and Co. lacked a selection plan which is not on.

"Selection -- I know people say what's that got to do with Kohli, but you got to have a selection plan. I think India did a lot of things well, I'm not sure selection is one of them. Coming to a World Cup, not knowing who your No. 4 is when you got so many great batsmen in India, their selection issues that need to be sorted out, but the whole point of captaincy is to win games of cricket. And if you look at Kohli's record as a captain, it is right up there with the best there's ever been."