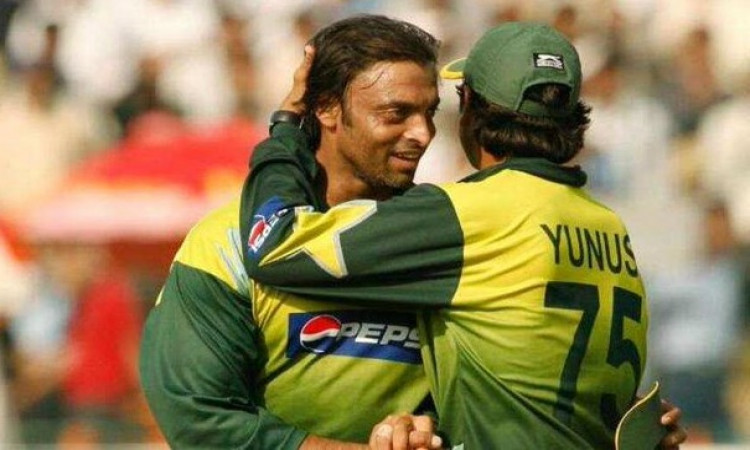 Lahore, May 1: Former Pakistan skipper Younus Khan has come in support of Shoaib Akhtar who has accused the PCB's legal department of being incompetent.

"What a befitting and bitter truth spoken by Shoaib Akhtar! It takes a backbone to be simply uncompromisingly forthright. Time for Pakistan Cricket Board to honestly evaluate his remarks for the betterment of Pakistan cricket and its players. I stand by with Shoaib Akhtar," Younus said on Twitter.

Akhtar had launched a tirade against the Pakistan Cricket Board and its legal team in the aftermath of the three-year ban given to batsman Umar Akmal. He accused them of giving cover to corrupt cricketers of their choice but feeding other out-of-favours ones to the lions.

"The board has given cover to saved and rehabilitated match-fixers, which has developed this mindset that 'okay I will serve my six-month or two years ban but will be back again like Sharjeel Khan'," Akhtar had said in a video on his YouTube channel as he pushed for formalised laws against corruption in cricket.

The Rawalpindi Express also criticised PCB's legal advisor Tafazzul Rizvi, whom he described as an "inept person" for being hard on Akmal but not being able to "read a basic contract".

However, following this, Rizvi filed a criminal and defamation suit against Akhtar.

In a statement, PCB said that it was disappointed with Akhtar's "poor choice of words" and that Rizvi has initiated the proceedings at his own discretion.

"The PCB is disappointed with Shoaib Akhtar's poor choice of words while publically commenting about the PCB's legal department and its legal advisor," said the PCB.

"The language used by Shoaib Akhtar was highly inappropriate and disrespectful, and cannot be condoned in any civilised society.

"The PCB's legal advisor, Taffazul Rizvi, in his own discretion, has initiated defamation and criminal proceedings against Shoaib Akhtar, while the PCB too reserves its rights," he added.

Earlier, Ramiz Raja had welcomed PCBs decision to ban Umar on corruption charges, saying the batsman has officially made it to the "list of idiots" and that people like him should be put in jail.

"So, Umar Akmal officially makes it to the list of idiots! Banned for three years. What a waste of a talent! It's high time that Pakistan moved towards passing a legislative law against match fixing. Behind bars is where such jack a**** belong! Otherwise brave for more!!" Raza said in a tweet.