Tim Southee picks up 4 but Australia's lead balloons to 417 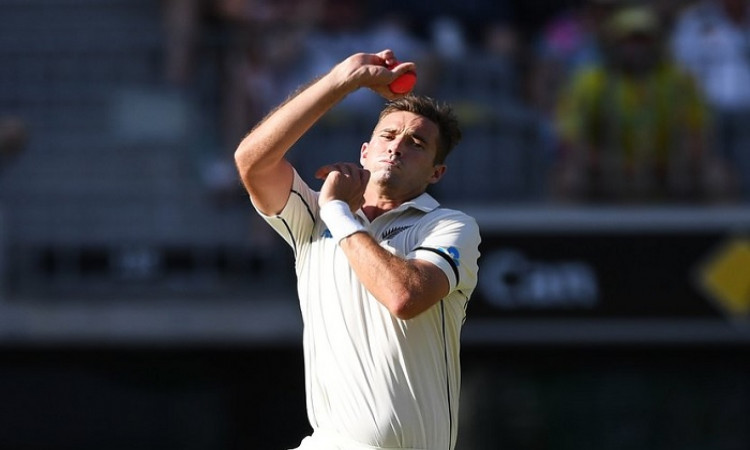 Perth, Dec 14:  Tim Southee and Neil Wagner led a fightback for New Zealand with the ball but Australia increased their lead to 417 runs on the third day of their first Test against New Zealand on Saturday at the Perth Stadium. Mitchell Starc completed his five wicket haul earlier in the day and Nathan Lyon took two wickets as Australia dismissed New Zealand for 166 runs.

Strong partnerships for the first and second wicket then allowed Australia to move closer to taking a lead in the three-Test series.

Also Read: KL Rahul looks to 'recharge' himself ahead of West Indies ODIs

The Australian innings started with a 44-run stand between David Warner and Joe Burns. In the process, the former crossed 7000 career runs in Test cricket. However a loose shot led to him being caught at mid on.

Marnus Labuschagne replaced him and seemed set on getting another Test hundred. He scored a 50 and set up an 87-run stand with Burns for the second wicket. But he hit a pull shot that went straight down a fielder's throat soon after completing his half century.

The bowlers were on top after that with Southee taking out Burns and Wagner getting Steve Smith again. Travis Head fell to Southee and the Australian captain then became the fourth batsman to fall to the Kiwi pacer.

Earlier, New Zealand started on an overnight total of 110/5 with Ross Taylor and BJ Watling in the middle. Watling soon fell to Pat Cummins and a few overs later, Taylor fell on 80 to Lyon. Lyon then took the wicket of Colin de Grandhomme in the next over while Labuschagne dismissed Mitchell Santner. Lyon then finished the job with the wicket of Southee.