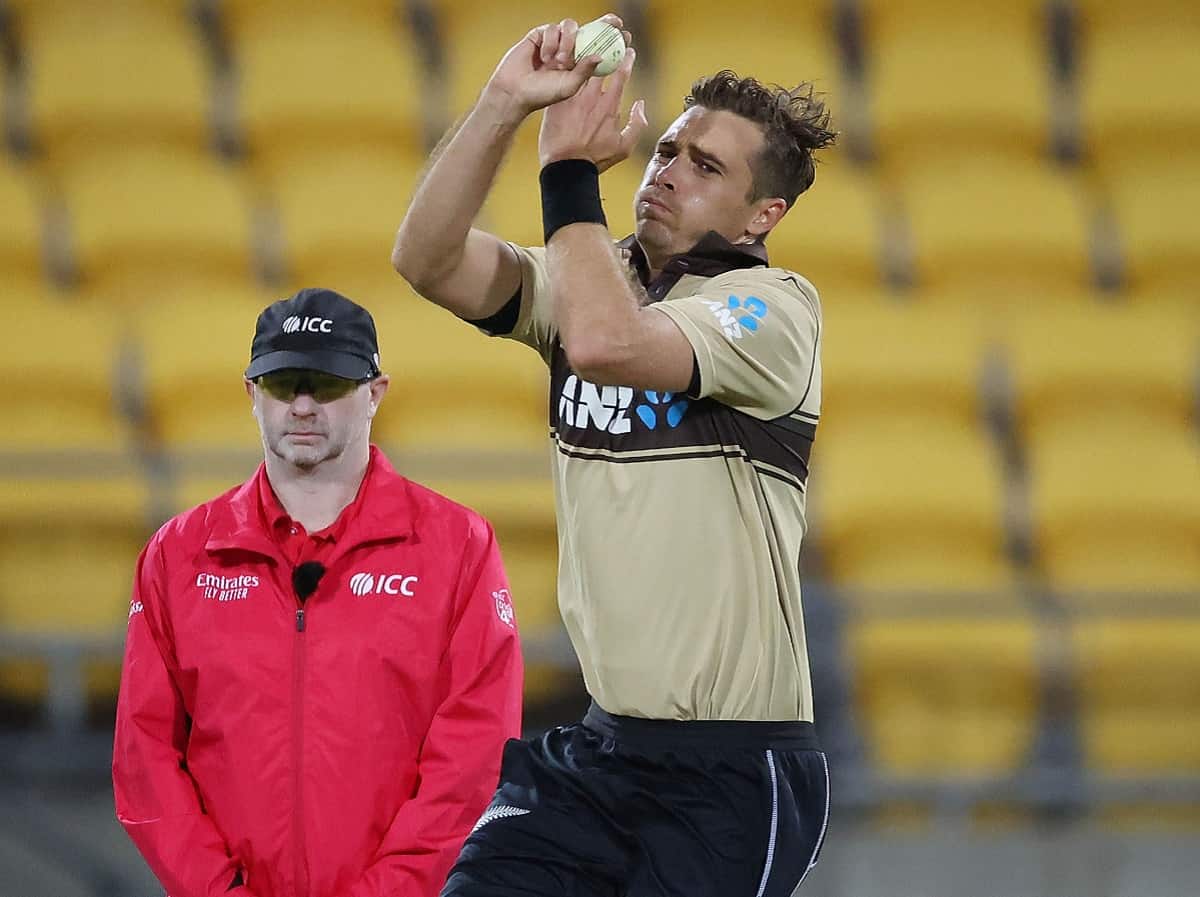 In addition to this, one demerit point has been added to the disciplinary record of Southee, for whom it was the first offence in a 24-month period. Level 1 breaches carry a minimum penalty of an official reprimand, a maximum penalty of 50 percent of a player's match fee, and one or two demerit points.

The incident occurred in the first over of the match on Wednesday. The ICC deemed that Southee had "shouted at the umpire in a disrespectful manner" after an LBW review taken against Australia opener Aaron Finch was declared an umpire's call and given not out.

"Southee admitted the offence and accepted the sanction proposed by Jeff Crowe of the Emirates Elite Panel of ICC Match Referees and ratified by the ICC Cricket Operations department as per the COVID-19 interim playing regulations. There was no need for a formal hearing," the ICC said.

Demerit points remain on a player's disciplinary record for a period of 24 months from their imposition following which they will be expunged. When a player reaches four or more demerit points within a 24-month period, they are converted into suspension points and a player is banned. Two suspension points equate to a ban from one Test or two ODIs or two T20Is, whatever comes first.