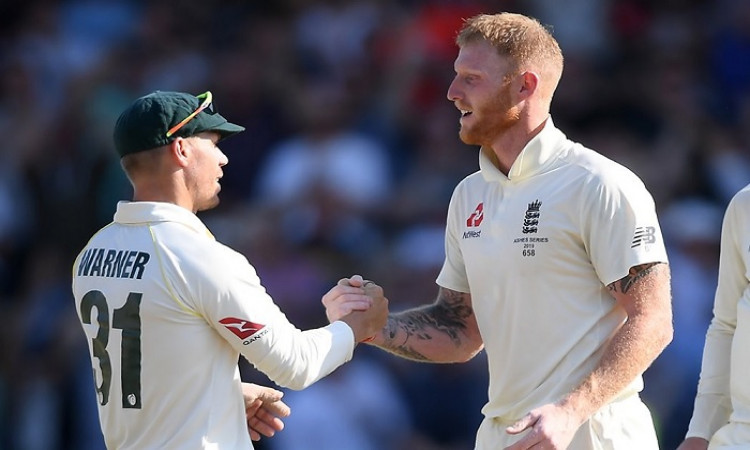 Stokes had said that his match-winning knock at Headingley during the Ashes this summer was spurred on by Warner's constant sledging.

"I was obviously standing next to David the whole time and you are allowed to talk on the cricket field. But by no means was he abusing him or sledging him. It just seems to be a common trend in England that they like to use Davey's name to spike book sales. So good luck to them," Paine expressed.

Paine also said that Warner handled himself really well during the series. "I was standing right next to him, I had absolutely no issue. The way David handled himself during the Ashes was excellent. Particularly given the fact he wasn't scoring a hell of a lot of runs and I'm pretty sure he was on the end of a fair bit himself on and off the field in England," the Aussie skipper said.

"So I thought he did a great job of handling that and held himself really well throughout the series. They write books to sell and they have to get headlines to get sales. We're going to concentrate on what we do and maintain our own standards. What Ben and England want to do is completely up to them," he concluded.