Sydney, April 9:  Australian Test captain Tim Paine rubbished Michael Clarke's claims that the team "sucked up to India" and were being nice to Virat Kohli during the 2018/19 Test series in Australia so as to ensure good deals when the Indian Premier League comes around. 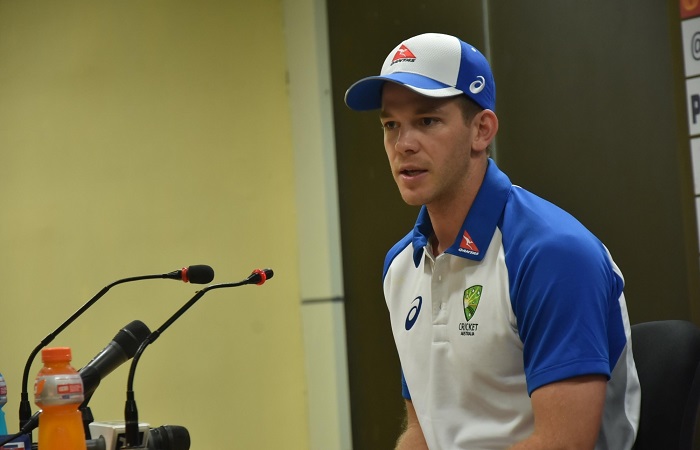 "I certainly didn't notice too many people being that nice to Virat or not trying to get him out or anything like that," Paine told ESPNcricinfo.

India won the series 2-1, thus making them the first Asian team to beat Australia Down Under in a Test series.

"I thought everyone who had the ball in their hand or when we were batting were trying their absolute best to win the game for Australia. I'm not sure who was going easy on him; we certainly had a thing where we didn't want to provoke any fight with him because we think that's when he plays at his best," Paine said.

Kohli scored more runs than any Australian batsman but was the third highest run scorer among the Indians with Rishabh Pant and Cheteshwar Pujara finishing above him. The series formed a significant part of the Amazon Prime documentary that was released recently which depicted the team's journey from the 2018 ball tampering scandal to them retaining the Ashes in 2019.

The next Test series between the two nations is scheduled to take place when India tour Australia later in the year, provided the situation around coronavirus permits a series to take place.

"Who knows what will happen this series and, as we saw in the documentary, there was still quite a lot of heat in some of those games. I certainly wasn't holding back, but again the IPL's not a huge draw for me at the moment, so I had nothing to lose," Paine said.

"But anytime our guys go out and play a Test match for Australia, they'll be giving their absolute all and I'm pretty sure they're not thinking about an IPL contract when they're running in, bowling to Virat."