Melbourne, Sep 18:  Australia Test skipper Tim Paine has revealed that he played with a broken thumb while Peter Siddle bowled with a hip injury for most of the final Ashes Test which England won to draw the five-match rubber last week. 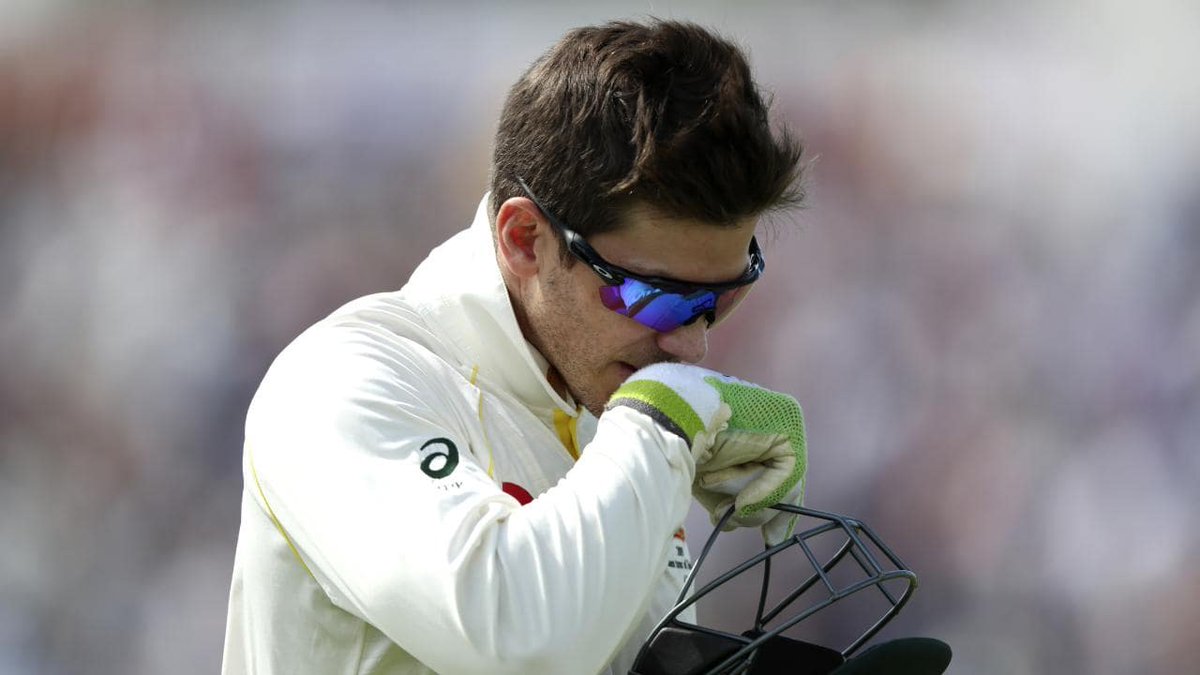 England defeated Australia by 135 runs in the final Ashes Test at the Kia Oval to draw the five-match series 2-2.

"My thumb was broken towards the end of that Test but it is not displaced, so I should be right to get back into training early," cricket.com.au quoted Paine as writing in his column for The Australian.

Paine further said that he won't be participating in this year's Big Bash League (BBL) in order to focus on playing red-ball cricket.

"I'm keen to see just how far we can take this (Test) team and I've decided to give up the BBL so I can concentrate on red ball cricket and being in the best place to lead them," he wrote.

"Being captain is draining and I think I should take every chance to recharge my batteries.

"I'll go back to the BBL when I'm finished, but for now my focus is on my main job," he added.

In his column, the Australian skipper also informed about the hip injury suffered by Siddle on the opening day of the Test, which the pacer hinted at during the match.

"He has copped a bit of criticism for not bowling as well as we know he can, but the team knows just how heroic he was. A lot of other people wouldn't have bowled again in the match, but he pushed on because he didn't want to leave Josh Hazlewood and Pat Cummins to do extra work. He's a warrior, Sidds, and we love him deeply for that."