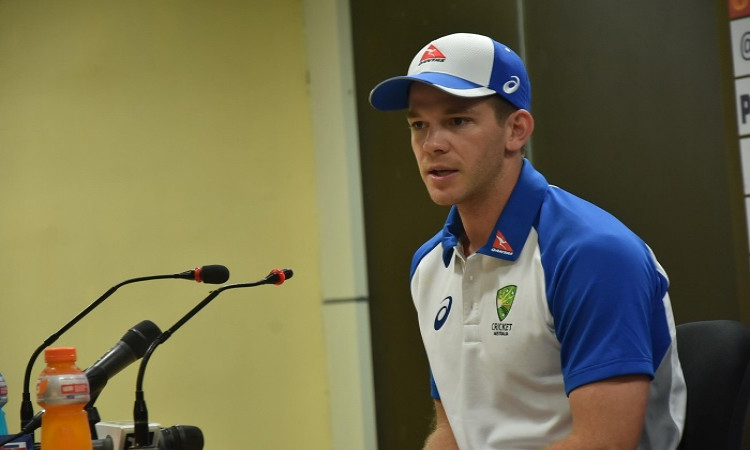 Brisbane, Nov 24: Australia captain Tim Paine said on Sunday that he is keen to play the opening Test against touring India next year-end at The Gabba in Brisbane, possibly a day-night affair.

Paine took a cheeky dig at India captain Virat Kohli while expressing his desire, saying he would take the latter's 'permission' for doing so.

"We'll certainly try and we'll have to run that by Virat," said Paine, provoking laughter from mediapersons during a press conference at The Gabba after Australia beat Pakistan in the first Test by an innings and 5 runs.

"We'll get an answer from him at some stage I'm sure. This is where (Brisbane) we like to start our summer and it has been so for a long, long time except for last summer.

"As I said, we'll ask Virat and see if we can get his permission to play here and maybe even get a pink ball Test if he's in a good mood. So we'll wait and see," Paine said.

India's last tour of Australia finished with a historic, first ever series victory for Kohli's side. Kohli had earlier said that India would be interested to play a pink ball Test Down Under if his team is allowed to play a practice match in similar conditions.

India on Sunday finished their first ever pink ball Test with an innings victory over Bangladesh at the Eden Gardens in Kolkata to complete a 2-0 series whitewash.