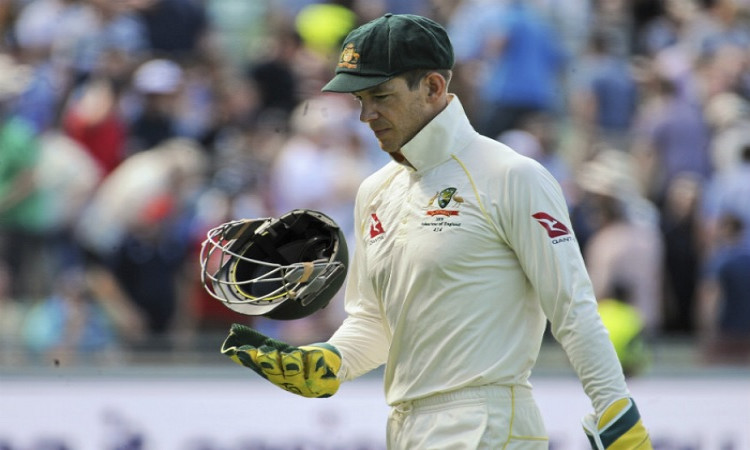 Melbourne, Dec 29:  As Australia hammered New Zealand by 247 runs in the second Test at the historic Melbourne Cricket Ground (MCG) here on Sunday to take take an unassaible 2-0 lead in the three-match rubber, an elated skipper Tim Paine lauded the effort of his team beside praising the wicket as recently, a Sheffield Shield game was abandoned due to a dangerous pitch.

Speaking after the match, the Aussie skipper said: "The win was very pleasing. I thought the way we went about this Test from the moment we lost the toss was outstanding. Our batters did well on day 1, applied themselves and made it easy for us (Travis Head and himself) on day 2. I thought (James) Pattinson bowled really well, (Pat) Cummins was superb in the first innings. The bowlers are sharing the load. We are playing well, there's no doubt about that."

"We need consistency, we need guys stepping up, we can't rely on only a few and that's what we have started to do, and that's excellent," he added.

Speaking on the wicket at the MCG, Paine said: "It was a brilliant Test wicket in the end, I thought it would be tricky. But the batters did well and there are quality bowlers in both the sides, in the end it was a quality Test wicket."

Meanwhile, Travis Head, who was adjudged 'Man of the Match' for his gritty 114-run knock to power the hosts to a healthy 467 in their first essay, credited his success to the team management and said he wasn't under any sort of pressure to score big.

"Amazing to contribute in the victory. It was a fantastic win, the summer has been great. I think they tested me all the time. I had the temperament and I'm happy I sailed through the hard period, which I probably didn't do the last time," said Head.

"There wasn't much pressure to score but the coaching staff has been fantastic. They prepared me in the best way possible. We need an all-rounder in the team and at this time it's me," he added.

Earlier, Australia outclassed the visitors by 296 runs in the first Test at Perth. The two sides will now meet for the third and final time in the series at Sydney from January 3.