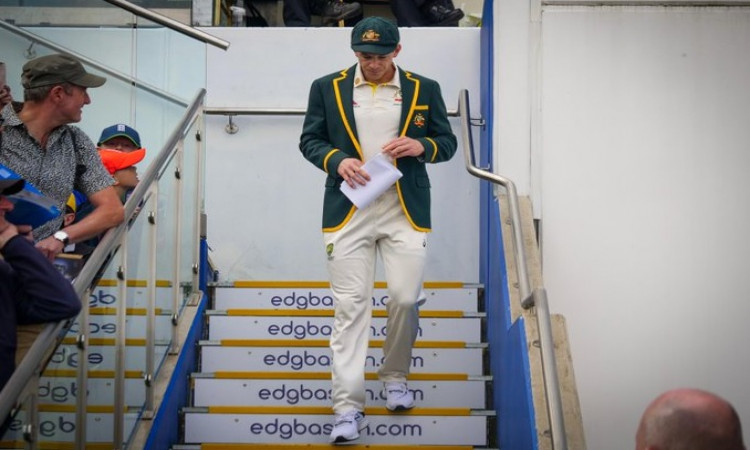 Manchester, Sep 3: The fourth Ashes Test is all set to commence here from Wednesday and if reports are to be believed, the playing surface at the Old Trafford is pretty dry despite the recent rains.

The five-match series is tied at 1-1 with Australia winning the first Test at Birmingham before hosts England drew level with a dramatic one-wicket victory in the third Test at Leeds. The rain-hit second Test at Lord's ended in a draw.

Also Read: Hanuma Vihari & the return of supple wrists from the land of Nizams

Given the reported dry nature of the pitch at Old Trafford, Australia off-spinner Nathan Lyon can play a big role in the fourth Test and skipper Tim Paine has also put his weight behind him.

On the eve of the fourth Test, Paine felt that if his side could put up enough runs on the board, Lyon can help the visitors emerge victorious.

"Nathan is a big boy, he has been around the block a few times and his record speaks for itself. I don't think we are going to judge Nathan on a missed run out, when he wins Test matches for us regularly," the Aussie skipper was quoted as saying by cricket.com.au.

"If we can score enough runs in this Test, he will potentially win us another game," he said.

Paine also looked confident for the contest and said that the mistakes from the last Test will not be repeated in Manchester.

"We were really honest with each other, and guys who had to look at some pretty ordinary staff copped it on the chin and realised that it's coming from a good place, and a place where we want everyone to really improve. We have learnt some valuable lessons from the last Test," he said.

"One of our values is that we are always learning, and that was a great opportunity to look at things we haven't done well and learn from them rather than always looking at things you do well," Paine added.