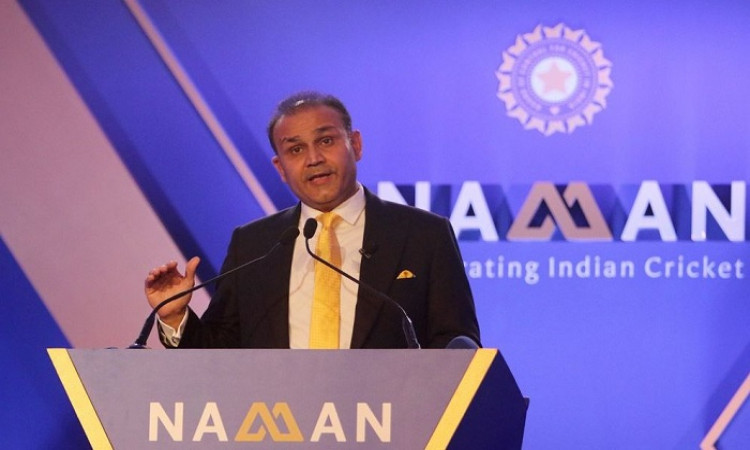 "I did not want to let go of the opportunity to deliver the Tiger Pataudi Memorial Lecture as I have a personal relation with him," Sehwag, who was one of most destructive openers in world cricket, said in his inimitable style while delivering the seventh Mansoor Ali Khan Pataudi Lecture at the BCCI awards here.

"I had watched his batting videos, but had never spoke to him. I usually do not take anybody's advice. But Tiger Pataudi sir gave me an advice which changed the way I played Test cricket. I am ever so grateful to him for the advice," revealed Sehwag.

"One of my last interactions with him was about Delhi cricket, when Arun Jaitley ji called us to his home to help restructure and revive and streamline Delhi cricket," he added.

On BCCI President and former India captain Sourav Ganguly, Sehwag said he is always the "boss".

"I hope Virat lifts the T20 World Cup in Australia... but do remember Test cricket in your thoughts as well. It needs your best wishes to remain to the 'pink' of it's health," said Sehwag, who has played 104 Tests, 251 ODIs and 19 T20s for India and was known to find the fence with ease, tormenting bowlers across the globe during his time.