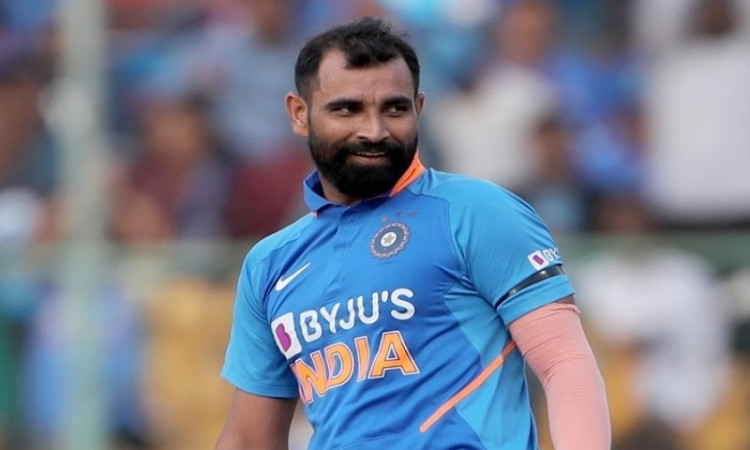 New Delhi, May 2: Fast bowler Mohammed Shami revealed he had contemplated suicide thrice in the time that he was recovering from an injury he had sustained during the 2015 World Cup. In an Instagram live chat with Indian limited-overs vice-captain Rohit Sharma, Shami revealed that he struggled to maintain focus in the time after the 2015 World Cup when he was recuperating from his injuries and dealing with personal issues.

"In 2015 I was injured at the World Cup. After that it took some 18 months to get back (into the Indian team) and this was the most painful phase of my career," said Shami. "You know how difficult rehab gets and after that came the family problems. That was going on and in between all that I had an accident which was around 10-12 days before the IPL. A lot of hype was going in the media also with my personal issues," he said.

Shami attributes the support he got from his family as the reason why he managed to bounce back from that phase to become an integral part of the Indian team in all formats.

"I feel if I didn't have support from my family, then I would have left cricket. I had thought of suicide thrice at the time. Someone used to sit with me in my house to keep an eye on me. The house was on the 24th floor and they were afraid that I might jump out of my apartment," he said.

"But my family was with me and there is no bigger power than that. They were telling me that every problem has some solution or the other, just focus on your game. Get lost in whatever you are good at. So leaving all of it behind, I was practicing in the nets, I was doing running exercises. I didn't really know what I was doing, I was that stressed.

"After practice I used to get sad and my family would tell me to just focus. My brother was with me, a few of my friends were with me and I will never forget them and if they were not there I would have done something drastic."

Shami has gone onto become part of the Indian fast bowling attack alongwith Jasprit Bumrah, Ishant Sharma, Umesh Yadav and Bhuvneshwar Kumar that has been constantly rated as the best in Test cricket over the past two years. At the 2019 World Cup, he became the second Indian bowler to take a World Cup hat-trick.