This is one of the more satisfying series wins: Virat Kohli 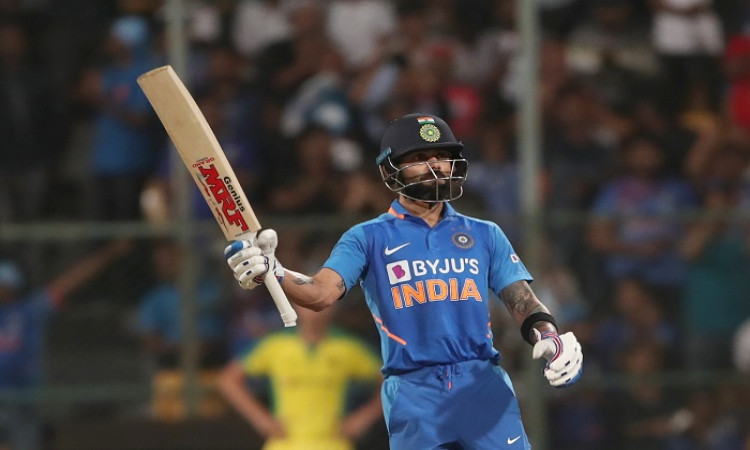 Bengaluru, Jan 19:  Indian captain Virat Kohli on Sunday termed their ODI series win against Australia as one of their most satisfying ones considering the fact that the visitors had beat them the last time they had toured the country.

Kohli and his deputy Rohit Sharma, who scored a century, led the effort with the bat as India chased down 287 with seven wickets and 15 balls to spare to win the series 2-1 at the Chinnaswamy stadium in Bengaluru.

Also Read: Virat and I knew we had to get a big partnership: Rohit Sharma

"We are quite experienced players. Today we were one experienced player short in Shikhar (Dhawan)," said Kohli in the post-match presentation ceremony. Opener Dhawan was injured early during the Australian innings and it was K.L. Rahul who opened the innings with Rohit Sharma in his place.

"We got a very good start, and when KL got out, it was a tricky situation because the ball was turning and gripping. This is where experience comes in, (Rohit and I) spoke about stringing a partnership and Australia wants is wickets. If we don't give them that, we can chase seven or eight an over later on also. We do have that belief in our skill," said Kohli.

The pair ended up putting 137 runs for the second wicket and thus wiped out any momentum that Australia may have had. "This is basically how we have played in the last 4-5 years. It's quite enjoyable batting with Rohit, but more importantly, a comprehensive win," said Kohli.

An embattled Australia team that was without key players Steve Smith and David Warner, both of whom have got centuries in this series, had toured India last year and went on to win the series 3-2 after going 2-0 down in the first two matches. In this series, which is the first between the two sides in India since Australia's win last time out, India came from 1-0 down with Australia winning the first match by 10 wickets.

Kohli said that this is one of the more satisfying wins because of that. "They are even better than last time when they came. There's Steve and David in the team now and Marnus (Labuschagne) as well, a quality bowling attack, really intense in the field," he said.

"We lost after 2-0 in the last series so coming back and winning the last two games in this series is a great sign for us. 2020 has been wonderful, and we just want to go onwards and upwards. This is probably one of the more satisfying wins considering we lost at home to them the last time."