New Delhi, May 26:  Former India cricketers Sourav Ganguly and Rahul Dravid are regarded among the finest batsmen ever to play the sport and on this very day 21 years ago, the duo had etched their names in history books forever. 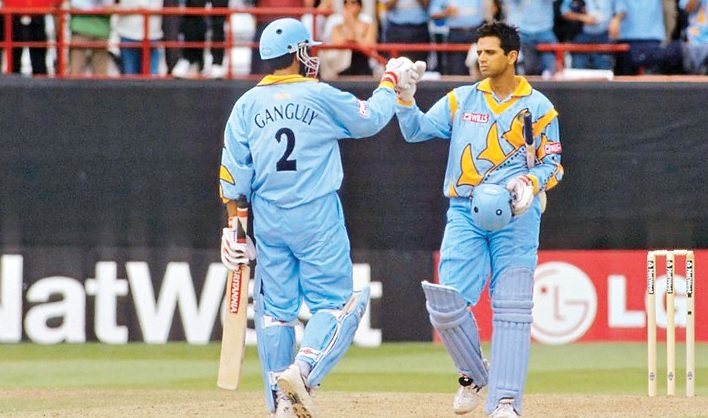 Ganguly and Dravid stitched together a mammoth 318-run partnership against Sri Lanka in a group stage match of the 1999 World Cup in Taunton, helping the team register a comprehensive victory.


Shahid Afridi feels Harbhajan & Yuvraj are ‘majboor' to react against him

The Board of Control for Cricket in India (BCCI) remembered their historic feat and posted a picture of the duo on its official Twitter handle, alongside the caption: "Sourav Ganguly (183) and Rahul Dravid (145) registered a mammoth 318-run partnership for the second wicket against SL in the 1999 World Cup. at Taunton.

"This was the first time that a 300-run partnership was witnessed in ODI."

In the 21st match of the tournament in 1999, Sri Lanka were off to a fine start after opting to field as pacer Chaminda Vaas got rid of opener Sadagopan Ramesh in the first over.

That is when Dravid joined Ganguly in the middle and the duo sent Lankan bowlers on a leather hunt. Ganguly smashed 17 fours and seven towering sixes in his 158-ball innings while Dravid also hit similar number of fours and one maximum in his 129-ball stay at the crease.

The second Indian wicket fell only in the 46th over when Dravid was finally run-out by Muttiah Muralitharan. India lost few wickets in the death overs but the Ganguly-Dravid partnership helped them post 373/6 in allotted 50 overs.

Scoreboard pressure got on to the 'Islanders' in the chase as they were bundled out for just 216 in the 43rd over. Robin Singh ended with a five-wicket haul for India as won the match by a huge margin of 157 runs.