This day, that year: When Sachin Tendulkar scored his first Test ton 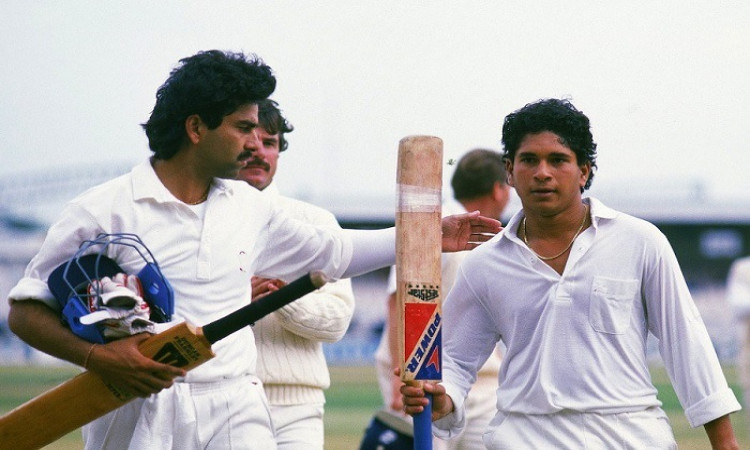 New Delhi, Aug 14: It was on August 14, 1990, when legendary Indian batsman Sachin Tendulkar announced himself on the international stage by scoring his first Test hundred -- the first of his 100 overall centuries which he struck during his stellar 24-year-long
career.

Tendulkar, who was just 17 at that time, played a brilliant knock of 119 against England at the Old Trafford in Manchester and saved the match for India.

In that game, England skipper Graham Gooch and his opening partner Mike Atherton had each scored a century as they posted a mammoth first inning total of 519.

The Kapil Dev-led side gave a strong reply as they managed to score 432 runs in the first innings, conceding a 87-run lead. Tendulkar contributed with 68 during the course of this inning.

India started their chase on a poor note, losing their top order inside 110 runs. At one stage, India were 127/5 and with almost two sessions remaining, it looked unlikely that India could sustain much resistance.

However, Tendulkar had other plans as he struck 17 boundaries in his 189-ball knock to help India reach 343/6 at the end of day's play. Although it ended in a draw, the match provided the cricket world with a glimpse of what they were about to witness from this great prodigy in the years to come.

Tendulkar, in his international career that extended for more than two decades, scored 100 centuries (51 in Tests and 49 in ODIs) -- a record that remains unbroken till date.