This day, that year: When Kapil's Devils conquered the world 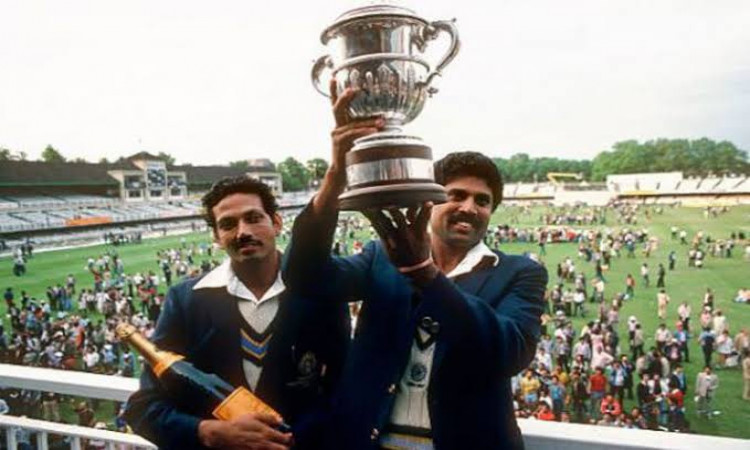 London, June 25 (CRICKETNMORE):  It was on this very day, 36 years back, that the Indian team had the honour of lifting the coveted World Cup Trophy for the very first time. Overcoming all odds to beat the mighty West Indies in the finals of the showpiece event at the iconic Lord's in 1983 can actually work as the perfect inspiration for Virat Kohli and his boys as they look to win this year's title.

Led by the indomitable Kapil, India got the better of hot favourites West Indies by 43 runs to bag their first crown. Even after being bowled out for a meagre 183, the Indian bowlers led by Madan Lal (3/31) and Mohinder Amarnath (3/12), made light work of the famed Windies batting line-up by dismissing them for just 140 and giving millions back home a moment to cherish till eternity.

The sight of Kapil lifting the trophy at the Lord's balcony changed the dynamics of world cricket, let alone in India as it inspired a million to play the sport. It was truly an underdog story as the Windies had won the cup twice in a row (1975, 1979) before the Indians decided to spoil their party.

As Virat Kohli and Co. look to bring home their third World Cup title, they can take inspiration from Kapil's Devils.