New Delhi, March 29:  Virender Sehwag is one of only our players to have managed to score a triple hundred more than once in their Test career. He was also the first Indian batsman to do so and the feat remained untouched till Karun Nair scored 303 against England in December 2016. 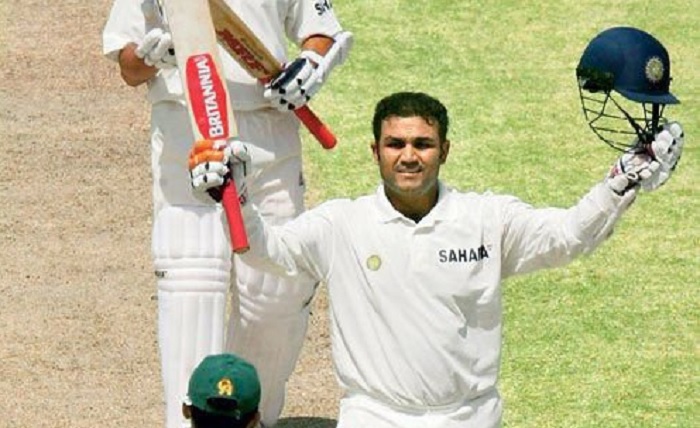 Incidentally, both of Sehwag's triple tons came on the same date four years apart. On March 29, 2004, Sehwag hammered 39 fours and six sixes in 375 balls to score 309 runs against a Pakistan bowling attack that featured the likes of Shoaib Akhtar, Mohammad Sami and Saqlain Mushtaq in Multan.

He first shared a 160-run opening stand with Aakash Chopra and then a 336-run stand for the third wicket with Sachin Tendulkar, who would go on to be unbeaten on 194. India declared on 675/5 and went on to win the match by an innings and 52 runs.

Four years later, Sehwag scored an even more ballistic triple hundred against South Africa in Chennai. He hit 319 off 304 balls in which he smashed a whopping 42 fours and five sixes. India were all out for 627 but South Africa managed to grind out a draw with opener Neil Mckenzie being unbeaten on 155 off 339 balls.