This day, last year: When Kohli's men scripted history Down Under 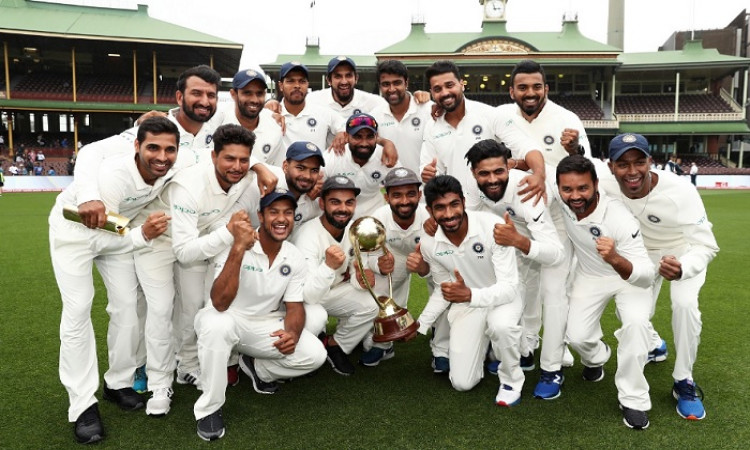 Speaking about the historic series win, former batsman VVS Laxman had said that it was his long-cherished dream which Kohli's men fulfilled by defeating Australia in the own backyard and won the Border-Gavaskar Trophy.

"I'm so glad that this Indian team under Virat's leadership has beaten Australia for the first time in their own backyard which is my favourite moment of Indian cricket in 2019," Laxman had said.

Australia, during that series, did not have the services of David Warner and Steve Smith who were facing a ban for their role in the Sandpaper Gate controversy.

However, Paine on Monday, said he is eagerly waiting for his side's clash against the top-ranked Test side India, which he believes is going to be a "mouth-watering" series.

"We are certainly a different side from what they played against last year and there's more at stake with Test Championship points," Paine said after Australia's whitewash of New Zealand in the three-Test series.

The victory over Black Caps has brought Australia (296) closer to India (360) at the top of the World Test Championship table with the two nations occupying the positions which will earn places in the final at Lord's in 2021.

"If we can continue our upward trend from the last 12 months, then you are looking at two of the best sides, so it will be an awesome series. They showed last year they have a pace battery that can be every bit as threatening as ours so it will be one to watch."

Paine said the way Australia approached the key moments in matches had changed since India last toured, resulting in the clinical displays against Pakistan and New Zealand.

"Every team wants to be ruthless," he said.

"(But) I think there were probably periods in the Test series against India we should have capitalised on, but through wanting it too much, or trying too hard, or putting too much pressure on ourselves, we let it slip," Paine added.