This day in 2011: Dhoni leads India to World Cup title after 28 years 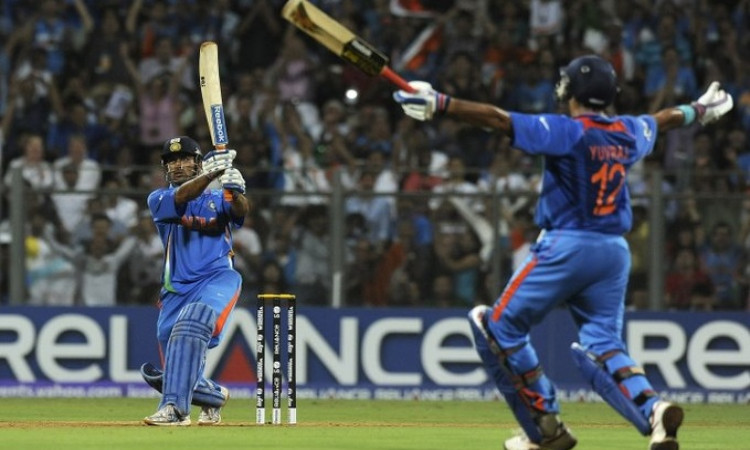 Mumbai, April 2:  "Dhoni finishes off in style. A magnificent strike into the crowd! India lift the World Cup after 28 years!" this commentary by Ravi Shastri of M.S. Dhoni after the latter led India to a win in the 2011 World Cup final at the Wankhede Stadium with a humongous six off Sri Lanka pacer Nuwan Kulasekara still reverberates in the ears of millions of Indians.

With that six, Dhoni had fulfilled the long-cherished dreams of batting legend Sachin Tendulkar, who had all the batting records to his name in international cricket except his hands at the World Cup trophy. The Master Blaster had waited 22 years for lifting the trophy and on April 2, 2011, his dream was finally fulfilled.

At the final, the Wankhede looked like a sea of blue with Indian fans occupying almost the entire stadium. The rest of the Indians stuck to their TV screens to witness the summit clash between the two hosts of the main event.

Sri Lanka, who were chasing their second World Cup title, made the most of their opportunity while batting first and gave India a stiff target of 275. Mahela Jayawardene scored a brilliant century and struck 13 fours in his innings to score an unbeaten 103 from just 88 balls.

During the chase, fans were left emotionally battered after Lasith Malinga dismissed Tendulkar, leaving India at a precarious 31/2 in the sixth over. However, a heroic innings by Gautam Gambhir (97) along with an exceptional captain's knock from Dhoni (91*) saved India the blushes and saw the Men in Blue lift the World Cup after 28 years.

The celebrations that night continued until the wee hours of the morning. The tri-colour was flying high and it was truly a moment for every Indian to cherish. There's no denying that April 2, 2011 remains one of the greatest days in Indian cricket history.