Third T20 between India and South Africa washed out 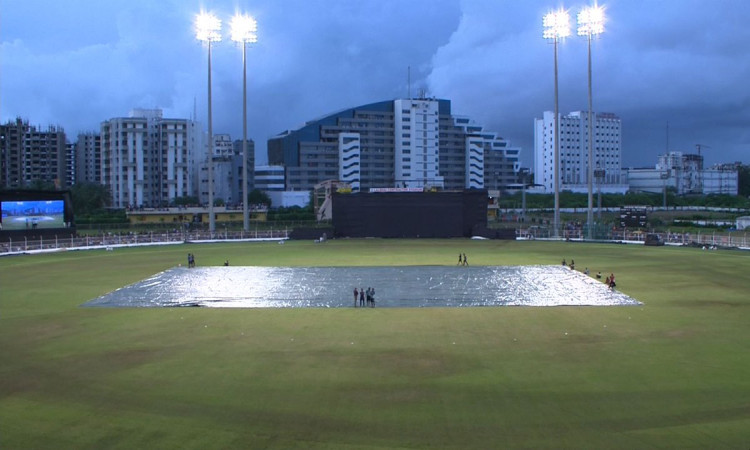 Surat, Sep 29:  The third women's T20 international between India and South Africa was called off without a ball being bowled due to wet outfield here on Sunday.

This is the second consecutive game of the five-match series being played in the city to have been called off due to complications arising out of unseasonal rain.

Also Read: Fix your own country first before commenting on others: Shikhar Dhawan

The city had received rainfall in the morning because of which the field could not be dried off in time for the match, which was scheduled to start at 7 p.m.

The series remains tipped 1-0 in India's favour going into the fourth match on Tuesday.

In the first match, India successfully defended a target of 131 thanks to a brilliant spell from off-spinner Deepti Sharma, who bowled three consecutive maidens and took three wickets in that period, helping India dismiss South Africa for 119.

The T20 series will be followed by a three-match ODI rubber in Vadodara.