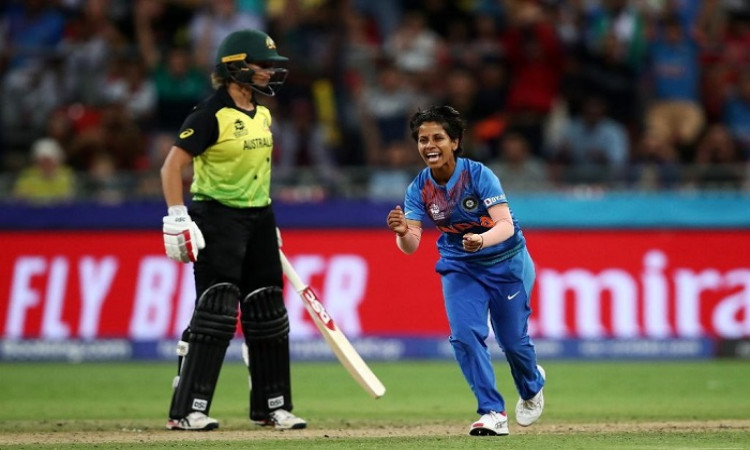 Poonam was suffering from injuries in the buildup to the tournament and she thanked her physio and teammates to help her get back to match fitness in time for the World Cup.

"My physio and my teammates supported me a lot when I was injured. I bowled well against Australia here in the past so I wanted to continue that," she said in the post-match presentation ceremony.

Poonam dismissed Rachael Haynes and Australia's star all-rounder Elysse Perry off consecutive balls and would have got the hat-trick had it not been for Taniya Bhatia dropping Jess Jonassen in what was a rare mistake from the wicketkeeper. "This is the third time that I didn't get a hat-trick. I am thankful to my teammates as it is not easy to come back after an injury," she said.

Skipper Harmanpreet Kaur said that the victory is a sign of India becoming becoming better as a team.

"Knew this track is something where we can do well," said Harmanpreet. "Knew if we're able to score 140, our bowlers will be able to defend it, and that's what happened. This track wasn't easy to bat on. Were just looking to score 140," she said.

India were tottering at 47/3 in the seventh over after which Jemimah Rodrigues and Deepti Sharma took them out of the trenches. Deepti was unbeaten on 49.

"The partnership between Jemi and Deepti got us there. Poonam was going through some injuries but has made a great comeback. That's what we were expecting. Our team is looking nice. Earlier we were depending on 2-3 players but now we're doing well as a team. If we do well in the tournament we will definitely win the World Cup," said Harmanpreet.