Royal Challengers Bangalore (RCB) fell to a third consecutive defeat on Saturday and thus failed to confirm a spot in the playoffs -- as of now. Captain Virat Kohli said that while there was an extraordinarily high presence of dew while they were defending 120 against SunRisers Hyderabad at the Sharjah Cricket Stadium, RCB needed to do better with the bat. 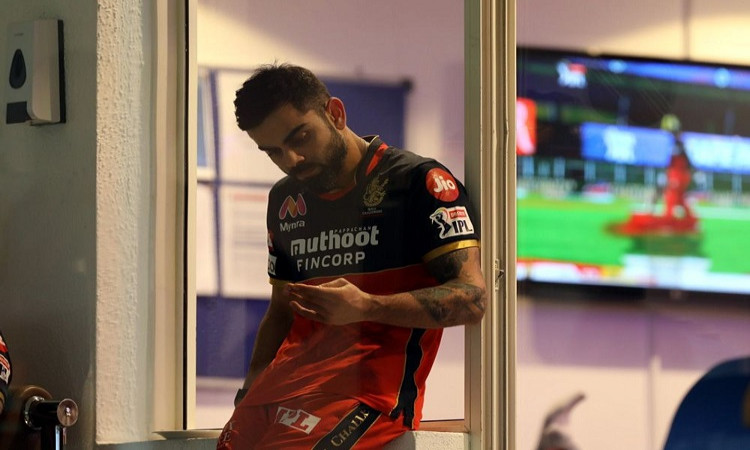 "We weren't brave enough with the bat throughout the innings and credit to them; they used the pitch well and the change of pace," said Kohli, 31, after the match.

"It was never enough. We thought 140 might be a good total to sort of get into the game on that kind of wicket. Things changed drastically in the second innings. There was a lot of dew which we didn't quite predict, they got it right at the toss, eventually. In the end, it was very difficult to hold the ball," he said.

Kohli said that it has been difficult to keep track of the dew factor in the latter half of the league stage. "Strange one. In between, we thought the weather has become pleasant and there wasn't any dew, but last few games in Dubai and here as well there has been dew. The pattern keeps changing but regardless you need to have runs on the board," he said.

RCB is second while SRH jumped from seventh to fourth with the win. They now need to win their next match to confirm a spot in the playoff and even in the top two as they face third-placed Delhi Capitals in their final league match.

"It is going to be a cracker of a game with both teams locked in at 14 points. I have always been a Bangalore boy in the IPL, never sort of drifted towards Delhi," said Kohli.