The way Dhoni has managed results with ageing players is amazing' 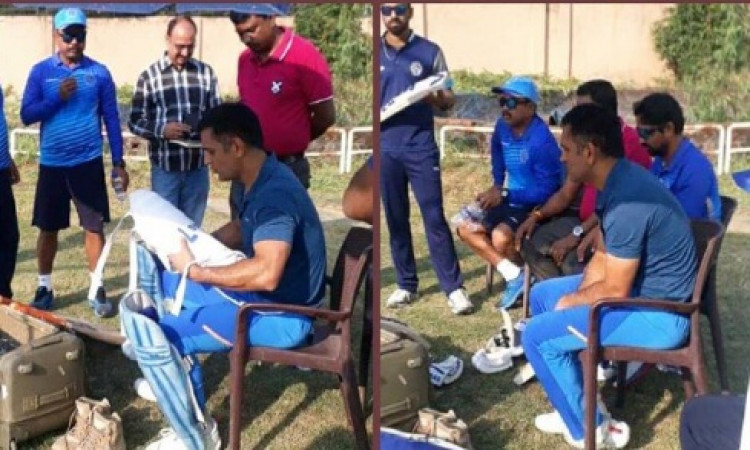 New Delhi, Nov 16. The Indian Premier League teams released players on Friday as the trading window came to a close and it is once again Chennai Super Kings who have hogged the limelight as they decided to retain the old stars like Shane Watson and Dwayne Bravo even as other teams looked at releasing the older stars.

Speaking on CSK's release list on the Game Plan show on Star Sports, the former India batsman said that it is something that is typical of former India skipper Mahendra Singh Dhoni as he has in the last few years used the services of old warhorses beautifully.

"CSK with Dhoni at the helm is amazing, the way he has managed to get results with the ageing players. CSK have released fringed players but not the likes of Shane Watson or DJ Bravo, you know these are the guys who are ageing but MS Dhoni just keeps the faith in those players," he said.

Commenting on their decision to release someone like a Mohit Sharma, the former batsman said that it had more to do with Deepak Chahar rising to the challenges he is tasked with by CSK.

"Look at the players that they have released, they will get a sizeable amount from Mohit Sharma, he was a hit n miss and didn't play as many matches. Deepak Chahar coming in has really made matter so much easier but none of the ageing players have been released," he said.

Royal Challengers Bangalore on the other hand decided to do away with the likes of Dale Steyn and RCB coaching head Mike Hesson said that it had more to do with injuries that have bogged the Proteas pacer down in recent years.

"We are really pleased with the players we have retained and two key releases from RCB are Dale Steyn and Marcus Stoinis. Dale Steyn is an excellent legend of the game but keeping his injuries in mind he seemed to be high risk to retain hence we have unfortunately looked to release him. We let Marcus Stoinis go as part of our budget requirements, at Rs6.2 crore it's a huge part of our budget so we've had to release Marcus for this coming year and now our planning is for this year's auction," he pointed.