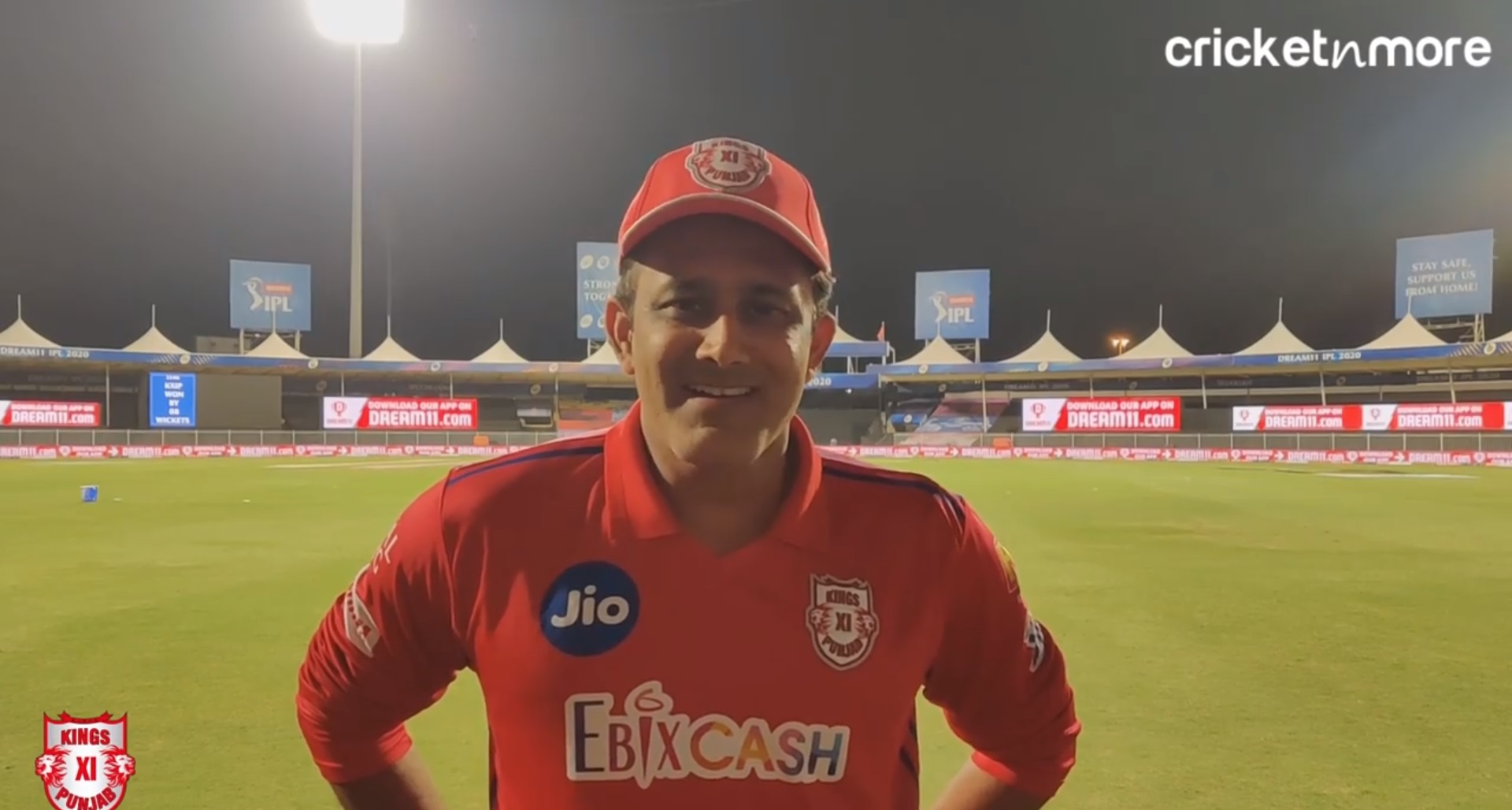 KXIP Head coach Anil Kumble was delighted after the team's victory and said this turnaround was very important for them as a team.

"I think we needed this win. I think we have played really good cricket in the last 8 games, so these two points certainly matter. It really helps us, you know the turnaround was really important. I am really glad we turned things around in this game and we are really confident we will be able to continue this," told Kumble in an exclusive interview with Cricketnmore.

Speaking about Chris Gayle who played his first game of IPL 2020, the head coach said that the West Indian showed a lot of character after coming out of sickness and winning them a tight game.

"We wanted him in Hyderabad game but he fell sick. To come out literally from the hospital and win us a game like this shows a lot of character and his ability. It’s fantastic to have him in the team, we all know what he is capable of and he showed that today, took his time which he normally does and once he is set takes down the bowlers," the head coach said.

The former leg spinner was all praises for Murugan Ashwin, who also bowls leg-spin, and said he was brought in to take wickets and he did the job exceptionally well.

"Ashwin was in brought in to take wickets. Whenever he has played, he has got us wickets. He has the experience, he has the skill, he turns the ball and that something that we needed here and I am really glad that he bowled exceptionally well," observed Anil Kumble.

Kings XI Punjab(KXIP) will be up against Mumbai Indians(MI) on Sunday, 18 October 2020 in Dubai.