The Team Has Gone Strength To Strength In The Last 5 Matches: Kumble

Kings XI Punjab(KXIP) will be playing its next match against Rajasthan Royals(RR) on Friday evening in Abu Dhabi. 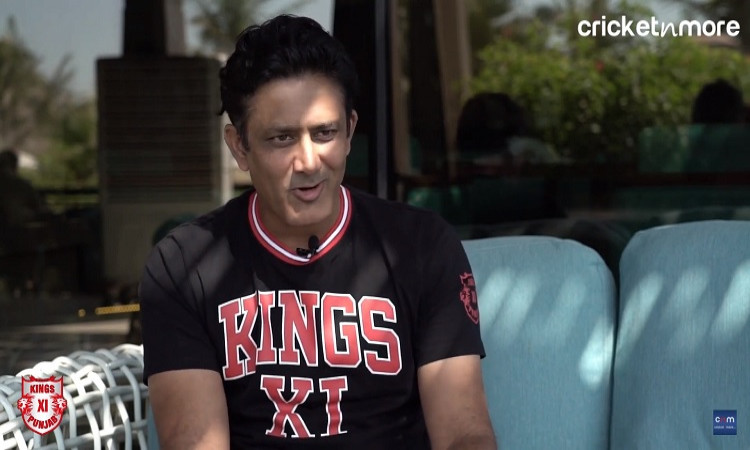 Speaking about the upcoming fixture, the KXIP head coach has Anil Kumble that Rajasthan is a tough opposition to beat and they have to come up with certain plans to get past them.

"RR is a very tough opposition. RR did well against Mumbai in the previous game so we are aware of that, we need to come up with certain plans to look at how we can get past RR," said Kumble.

Further, the head coach said that Abu Dhabi is a different ground for them and they need to assess the conditions well. He added that they have two matches back to back, one in the evening and the other in the afternoon, which will be a quick turnaround for the team.

"We know that Abu Dhabi is a different venue for us and we need to assess the conditions there and take it from there. We wanna take one game at a time. CSK is only a quick turnaround, we play the evening and one day later we play an afternoon game. So it's a quick turnaround, both matches in Abu Dhabi so we again have to assess the conditions in the afternoon and go about winning the game," Anil Kumble said.

Talking about the team's performance in the last five matches, the head coach said that he is happy that the momentum has gone their way and the team has gone strength to strength in these games.

"I am really happy that the momentum has gone our way in the last 5 games and the team has gone strength to strength and the way we have gone about getting the result is a lot easier on the heart for all of us," said the head coach.

Addressing the scenario of their qualification into the playoffs, Anil Kumble said that they want to do things that are in their control, which is trying to get the points from their remaining two matches.

"For us, what we want to do is what's in our control and try to get 2 points from both RR and CSK. If we can manage that, then that is something we are looking forward to," told Kumble in an exclusive interview with Cricketnmore.