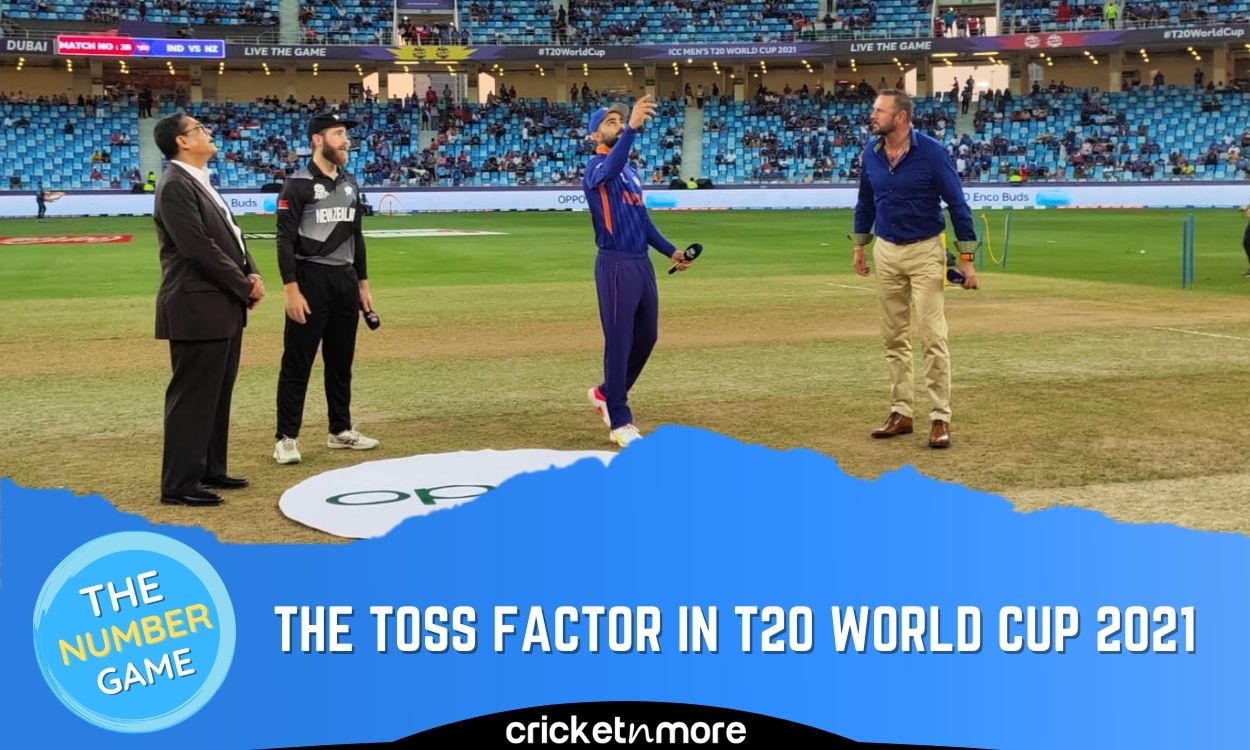 England, Australia & Pakistan are looking like the strongest teams in the Super 12 now, as they have displayed a wonderful combination & balance between the bowling & batting departments. England & Australia have won the 2 matches they have played respectively in the Super 12 Group 1, while Pakistan has won 3 in 3 matches in Group 2, against India, New Zealand & Afghanistan and are looking the most probable contenders for the T20 title.


This Indian Side Has Skills But Lacks 'Mental Strength': Gautam Gambhir

However, apart from batting, bowling, fielding, on-field tactics and strategies, another factor has emerged which seems to be the leading factor in deciding the result of the match - TOSS.

In the ongoing T20 World Cup, toss has played a huge role in deciding the outcome of the match. Out of 16 matches played - in 11 matches teams who have won the toss & opted to bowl first have won the match; including the two matches of Team India.

The Indian side lost to arch-rivals Pakistan in the 4th match of the Super 12 stage of the T20 Tournament. In this match, Virat Kohli lost the toss, and India ended up losing the match by 10 wickets, failing to defend 151. In the match against New Zealand, India lost the toss once again & ended up batting first, posting a below-par score of 110.

In 13 out of 16 matches, the teams chasing the target have won the match. Only three times team batting first has won - Afghanistan won 2 matches batting first while West Indies were able to win one match batting first.

And in 11 out of these 13 times, the team that has won the toss and opted to bowl first has won the match. This brings up the question - does winning the toss confirm the win in your favour in this ICC T20 Tournament?

Captains winning the toss and deciding to bowl first in UAE according to the current situations makes sense. While batting second, the bowling side has to deal with dew. Because of dew, the ball constantly gets wet and the bowlers struggle to grip the ball and execute their plans. In addition to that, the pitch slows down and so it's easy for the team batting second to score runs more easily.

This trend that has emerged in this world cup, that if you win the toss you win the match - can prove to be distasteful for the cricket fans. At the toss itself, we get an idea of who's gonna win the match. All of the efforts, hard work and preparation put into representing your country in a Global event and losing the match because of a coin toss may seem fair to some and unfair to many others.