Australian fast bowler Mitchell Starc said that he will be looking not to get distracted from the task at hand when India tour the country for a Test series this year. In India's previous tour of the country, in which they recorded a historic 2-1 win in the four-match Test series, Starc took 13 wickets in seven innings and his returns were less than that of teammates Nathan Lyon and Pat Cummins. 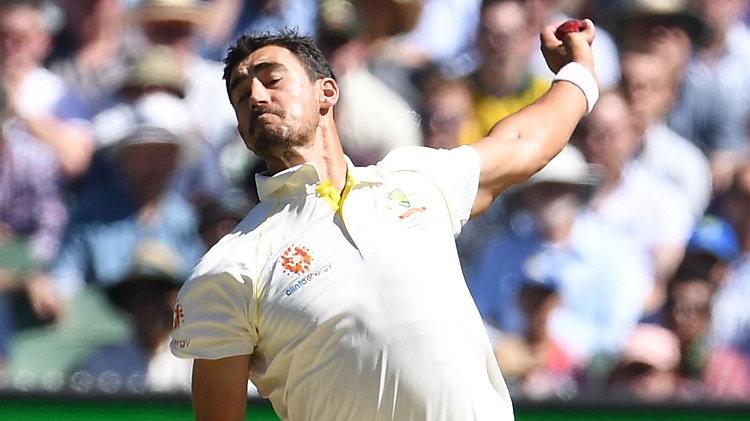 "I think I let the noise get to me, to be perfectly honest, which is a big reason why I don't pay attention to anything now," Starc was quoted as saying by cricket.com.au. "By the end of that summer, I was just running in and trying to bowl as fast as I could, just to focus on one thing. It worked out for the last Test of that summer."

"The noise just got to me and (so did) people who really didn't have any part of the team, (who voiced) opinions which they're entitled to, (but) now I just couldn't care less what people say," said Starc.

Australia was missing David Warner and Steve Smith, both of whom were serving their one-year bans after the 2018 Cape Town ball-tampering scandal. The team itself was still recovering from the ramifications of the scandal and experienced an upturn in fortunes after the series ended, starting with a stunning 3-2 win in a subsequent ODI series in India.

Starc said that he is not paying attention to outside opinions anymore. "As long as I have people around me who I trust talking to, and (in) the change room as well -- that positive reinforcement is there no matter what," he said.

He added that the technical changes he made during last year's Sheffield Shield games have helped him.

"A big part of it was around the philosophy we had in England (during the Ashes) about controlling the scoreboard and having a really tight pitch map. For me, being stuck in controlling that and still trying to bowl really fast, that's something I didn't quite have a huge control of coming out of England," said the 30-year-old, who played just one Test in the Ashes.

"It was either trying to bowl really tight or bowl really fast. Those little changes help me do both easier and with smaller margins of error. That was the basis of the change -- still being able to bowl pretty fast and have better control of where I put the ball."