Rajasthan Royals (RR) captain Steve Smith was all praise for Rahul Tewatia after the all-rounder pulled off another rescue act for the team with the bat. Chasing a target of 159 against SunRisers Hyderabad (SRH) on Sunday, RR was tottering at 78-5 after which Tewatia and Riyan Parag blazed an 85-run partnership to lead them to a thrilling five-wicket win. 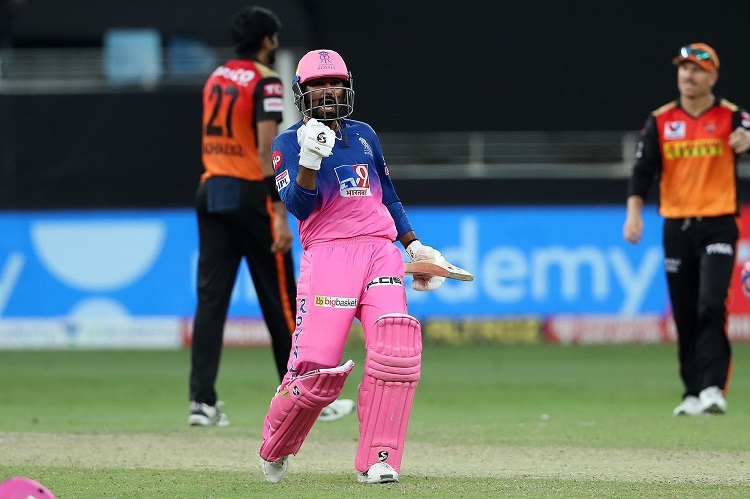 "He's been impressive, hasn't he?" said Smith about Tewatia in the post-match presentation ceremony. "Just thrives in those pressure situations. Then you bring his bowling and fielding to the table; he's a terrific player for us. Hopefully, we don't leave too many for him in the future."


Bowled The Wrong Ball At Times, Credit To Tewatia: Warner

Tewatia was unbeaten on 45 off 28 balls while 18-year-old Parag hit the winning runs with a six to complete the innings on 42 off 26.

"He was magnificent [Parag]. It wasn't the easiest wicket; was a bit slow and the square boundaries here are quite big too. He was busy at the start of his innings which we wanted him to be," said Smith.

"And then we've seen how powerful and innovative he is with the different shots he can play. Proud of him that he could come back in and score some runs straight up. Hopefully, it sets him up for a good finish to this IPL."