Test won, but 'no days off' for skipper Virat Kohli 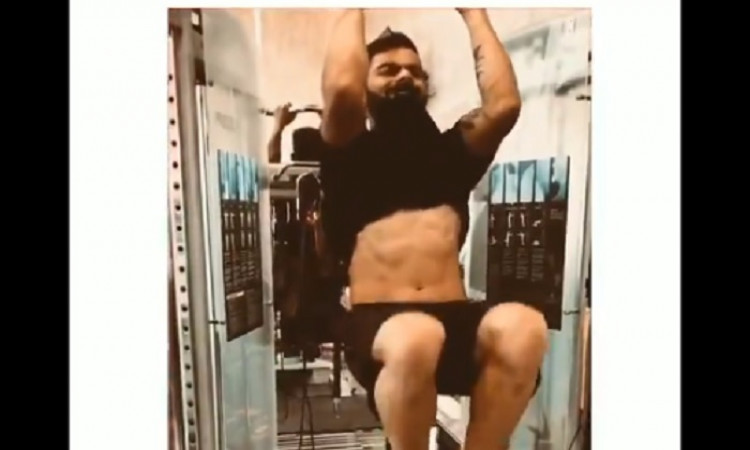 Kolkata, Nov 18: The Indian Test team is on a roll and so is skipper Virat Kohli. After registering yet another thumping win over Bangladesh in the first of the two Tests in Indore, Kohli added a new feather to his cap as he now has the most number of wins by an innings -- 10.

India are hot favourites to win the second Test, the first ever Day/Night affair in the country, starting from Friday at Eden Gardens. But for Kohli, there is no off day whether it be at the nets or at the gym.

The ace batsman on Monday posted a video of him working out with the caption: "No days off."

Kohli was seen doing abs workout three days ahead of the first pink ball Test. India decided to stay in Indore for a couple of days after the first rubber to practice under lights with the SG pink ball.

The team is slated to arrive in the City of Joy on Tuesday afternoon along with Bangladesh counterparts.

In Indore, the Indian pace bowlers ran through the Bangladesh batting line-up as Kohli and boys registered an innings and 130-run win.

Kohli is now followed by Mahendra Singh Dhoni with 9 wins, Mohammad Azharuddin with 8 and Sourav Ganguly with seven in the column for most number of wins by an innings.