Australia won the T20 World Cup on Sunday with an eight-wicket victory over New Zealand. 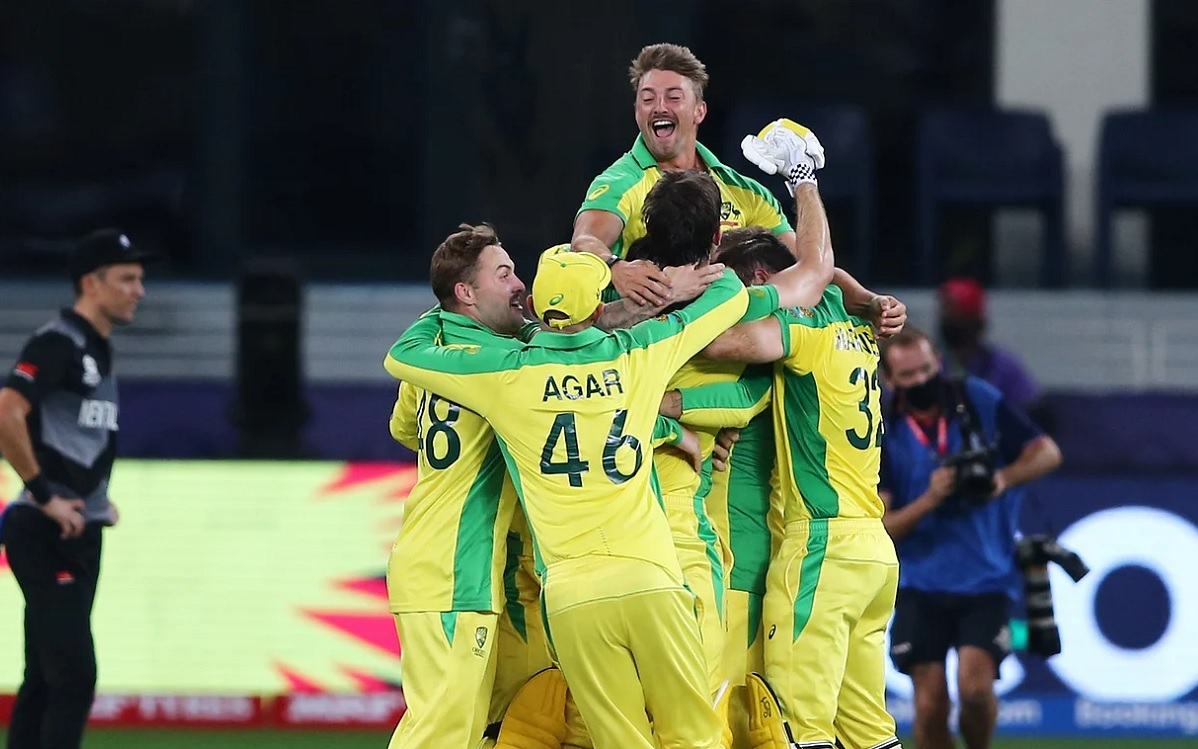 Let's take a look back at 10 standout moments of the tournament:

Fast bowler Curtis Campher took four wickets in four balls to help Ireland thrash Netherlands by seven wickets in a qualifier.
Campher claimed a hat-trick and then struck again to return figures of 4-26 as the Netherlands were dismissed for 106.

Campher became only the third bowler in T20 International history to claim four wickets in four balls after Afghanistan's Rashid Khan and Lasith Malinga of Sri Lanka in 2019.

Babar Azam and Mohammad Rizwan smashed unbeaten half-centuries as Pakistan crushed India by 10 wickets to register a first win over their arch-rivals in a T20 World Cup.

Left-arm quick Shaheen Shah Afridi set up victory -- Pakistan's first against their neighbours in six attempts in the tournament -- with figures of 3-31 that restricted India to 151-7 despite a valiant 57 from skipper Virat Kohli.

Quinton de Kock withdrew from South Africa's match against the West Indies after refusing to take the knee.
The 28-year-old's shock decision came just hours after Cricket South Africa (CSA) had ordered all of their players at the tournament to take part in the anti-racism gesture.

De Kock apologised two days later and said he would be happy to join the rest of the team in making a stand.

"If me taking a knee helps to educate others, and makes the lives of others better, I am more than happy to do so," he said.

India captain Virat Kohli launched a blistering attack on "spineless" and "pathetic" fans, reserving particular vitriol for the trolls who blamed Mohammed Shami, the only Muslim player in the squad, for the loss to Pakistan.

"There's a good reason why we are playing on the field and not a bunch of spineless people on social media that have no courage to actually speak to any individual in person," said Kohli.
"Attacking someone over their religion is the most pathetic thing that a human being can do."

Pre-tournament favourites India went on to lose to New Zealand and failed to make the last-four.

Buttler masterclass
England made it four wins in four after Jos Buttler hit the first century of the World Cup in a 26-run victory over Sri Lanka.
Buttler's unbeaten 101 steered England to 163 for four.

Buttler smashed six fours and six sixes in his 67-ball knock as he achieved the feat of making centuries in all three formats.

Hasaranga -- a star is born?

Sri Lanka may have been knocked out in the Super 12 stage but their youthful team are already being talked of as potential champions at the 2022 World Cup in Australia.

Wanindu Hasaranga, their leg-spinning all-rounder, stood out with 16 wickets at an average of under 10.

"Hasaranga is a special cricketer," said coach Mickey Arthur.
'End of Windies generation'
West Indies skipper Kieron Pollard lamented the "end of a generation" as Dwayne Bravo brought the curtain down on his international career with Chris Gayle almost certain to join him in calling it quits.
Defending champions West Indies were defeated by Australia by eight wickets in their final group game, their fourth loss in five matches.

Pakistan's Mohammad Rizwan top-scored with 67 in the semi-final loss against Australia despite spending two days in a hospital intensive care unit due to a chest infection.

"Mohammad Rizwan developed a severe chest infection after which he was admitted to the hospital. He spent two nights in the ICU recovering," Pakistan's team doctor Najeeb Somroo said.

"He made an incredible recovery and was deemed fit before the match. We can see his great determination and tenacity that shows his spirit of performing for the country."

New Zealand batsman Devon Conway was ruled out of the final after breaking his right hand when he punched his bat on his dismissal for 46 in the semi-final win over England.

Chasing 173 for victory, Australia depended on a 92-run second-wicket stand between man of the series David Warner, who made 53, and Marsh to achieve their target with seven balls to spare in Dubai.

Australia now have a T20 crown to add to their five 50-over World Cups.

After being put into bat, New Zealand skipper Kane Williamson made 85.