South Africa captain Temba Bavuma believes that matches against Australia have always been full of fire for his team and they are expecting a difficult encounter in the T20 World Cup on Saturday. He added that Saturday's match at Sheikh Zayed Stadium being their tournament opener means they are eager to start well and get the early momentum in their favour. 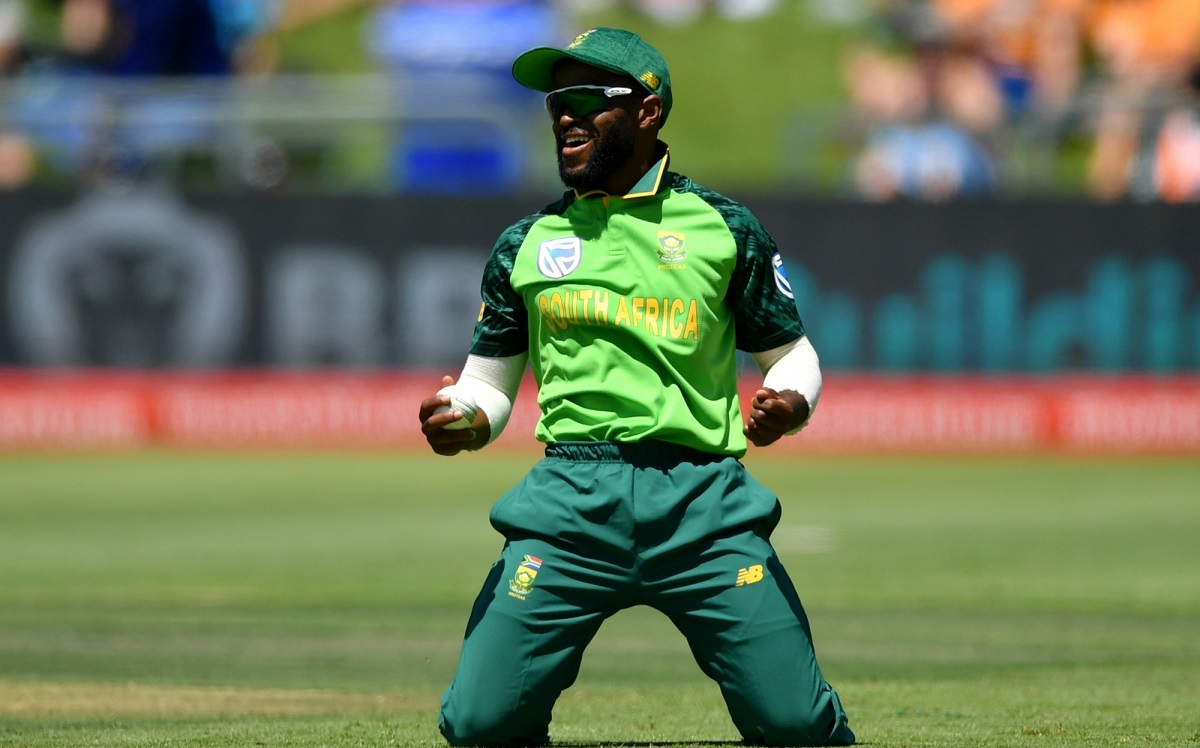 "Matches or clashes against Australia have always been full of fire, and we don't expect it to be anything different tomorrow. Tomorrow being an opener for us, it's obviously a big game. We want to start off well. We want to hit the ground running and start to get that momentum rolling in our favour. But the guys, I believe, are in a good space," said Bavuma in the pre-match press conference on Friday.

Bavuma confirmed that he and left-arm wrist-spinner Tabraiz Shamsi are available for Saturday's opening match. "On my side, the fitness is good. I obviously managed to get through the two games unscathed. The hand held up nicely, so I'm all good to go. Shamsi as well, I understand that he's also good to go. He did pass his fitness test today. So he's good. I'm good as well."

Bavuma felt that South Africa's batting, especially the middle-order, needs to put up a strong show against Australia's bowlers. He also said that his bowlers will be looking to get the Australian top-order dismissed quickly.

"Obviously, their bowling attack is quite strong. I think having played them in the past, their type of team they look to strike upfront, really try to get into that middle-order. So I think from our point of view with the bat, we want to make sure we play there powerful as well as we can so we don't allow them to kind of get into our middle-order with their slow bowlers."

"With the bat, I think they're quite top-heavy. Guys like Finch, guys like Warner, Smith at the top. So we're also obviously looking to strike upfront and put their middle batters under pressure. The earlier we can get those guys in, I feel the more we can put them under pressure. But I think their side, they've got good resources, fast bowling, slow bowling, as well as from a batting point of view. So I think it will be a good encounter."

The 31-year-old, who recovered from a thumb fracture sustained during the white-ball series against Sri Lanka, had slow knocks in the warm-up matches against Afghanistan and Pakistan, scoring 31 off 39 balls and 46 off 42 balls. Asked about the same, Bavuma said, "I think from my side, not having played cricket for quite a while, that probably contributed to that. I think it was also adjusting to the conditions and I guess trying to formulate a game plan that was also part of that. I think probably being out of the game for quite a while, that was probably the main contributor."

Talking about the importance of starting off big tournaments on a winning note, Bavuma remarked, "It's always good to start off well. You want to throw that first punch in early on and try to ride with that momentum as much as you can. I think the way the tournament is also set up with only five games in the group stages, you don't really have time to be behind the eight ball. We'll be looking to really hit the ground running. Tomorrow (we will) play our best cricket and take it from there."