New Delhi, Jan 16:  Team India's Superfan Charulata Patel, who grabbed eyeballs during the 2019 World Cup in England and Wales, has passed away. She was 87. 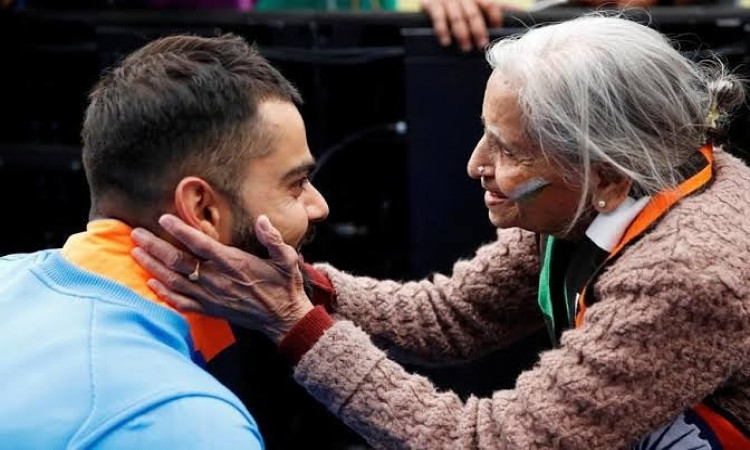 The BCCI expressed grief on their official Twitter handle on Thursday and wrote: "Team India's Superfan Charulata Patelji will always remain in our hearts and her passion for the game will keep motivating us. May her soul rest in peace."

Charulata had won almost everyone's heart after she went to the Edgbaston Cricket in Birmingham to see India's round-robin match against Bangladesh in July last year.

During the entire duration of that match, she was seen cheering enthusiastically for Team India. She blew a yellow vuvuzela like a child on every boundary scored. She also kept waving the tricolour.

And after the Men in Blue registered a 28-run win, which saw them qualify to the knockouts, skipper Virat Kohli and deputy Rohit Sharma had met Charulata. Both the Indian cricketers had walked up to her to seek her blessings.

Charulata, who was said to keep a close track of the team, had also expressed her wish to be present for Team India's title victory at the iconic Lord's on July 14. However, her wish remained unfulfilled as India were knocked out in the semi-finals at the hands of New Zealand.

After the match, Kohli had tweeted: "Also would like to thank all our fans for all the love and support and especially Charulata Patelji. She's 87 and probably one of the most passionate and dedicated fans I've ever seen. Age is just a number, passion takes you leaps and bounds. With her blessings, on to the next one."

#TeamIndia's Superfan Charulata Patel ji will always remain in our hearts and her passion for the game will keep motivating us.

May her soul rest in peace pic.twitter.com/WUTQPWCpJR