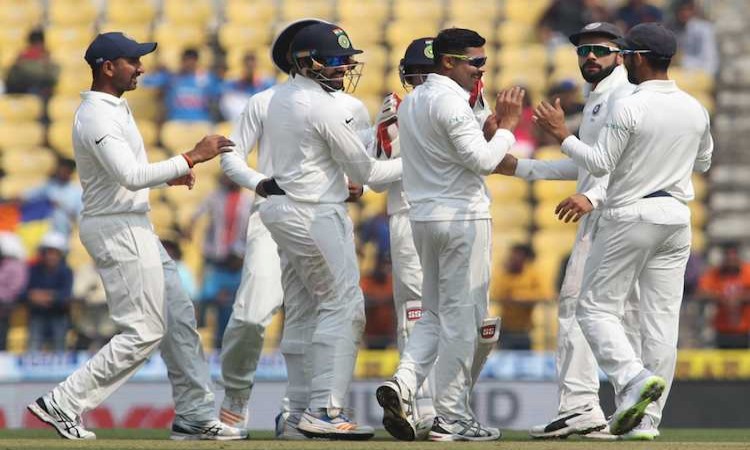 Nagpur, Nov 24 - Aware of the fact that India are likely to field one spinner in the upcoming South Africa tour, left-arm spinner Ravindra Jadeja on Friday said the composition of the team depends on the opposition's strengths and weaknesses.

Jadeja (3/56) along with his spin partner Ravichandran Ashwin (4/67) shared seven wickets between them to bowl Sri Lanka out for a meagre 205 on the opening day of the second Test at the Vidarbha Cricket Association (VCA) Stadium here. Paceman Ishant Sharma grabbed the remaining three wickets.

Asked whether the team combination will relatively be on the same line in the three-Test series against the Proteas, Jadeja jokingly said: "Is this a question that you even need to ask? If I am the captain, I will not even give the ball to anyone (laughs). I will keep bowling from one end."

However, on a serious note, he said: "It all depends on the team's balance and what it wants. At times on overseas tours, we assess if there are more left-handers or right-handers in the opposition and accordingly, the team composition is set."

The Saurashtra spinner said selection issues are not under his control and there was no point in dwelling on such issues.