Team Abu Dhabi registered their fourth consecutive victory in the Abu Dhabi T10 tournament after defeating The Chennai Braves by eight wickets on Monday. Chasing a total of 131/2, Team Abu Dhabi's opening batsman Philip Salt played an unbeaten innings of 63 runs from 28 balls, laced with 5 fours and 5 sixes to take his team home with four balls to spare. 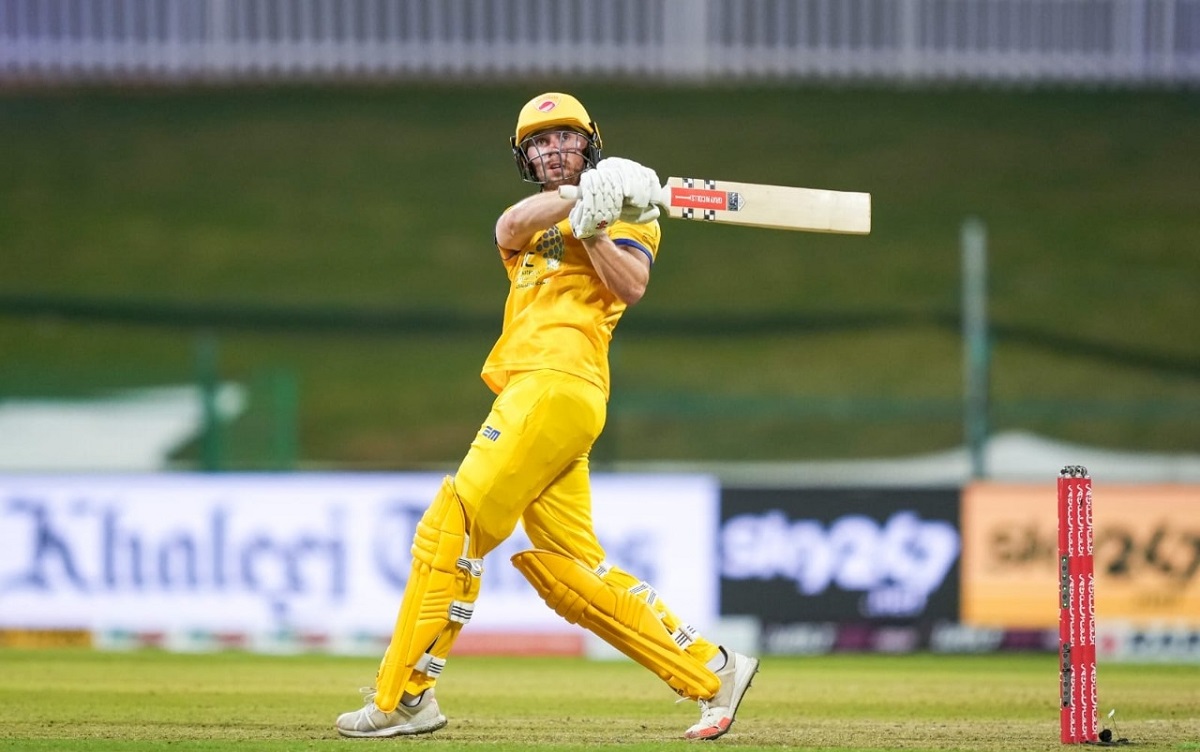 Philip Salt and Paul Stirling provided the perfect platform for Team Abu Dhabi with an opening partnership of 88 runs in 6.1 overs. Salt took on Dhananjaya Lakshan in the first over itself, sending him for a six and a four. Then he smashed Munaf Patel for two sixes and a four in the very next over. Stirling got into the groove in the fourth over when he smacked Roman Walker for one six and two boundaries. The Irishman put even more pressure on The Chennai Braves when he smashed Samiullah Shinwari for three consecutive sixes in the sixth over.

Mark Deyal kept The Chennai Braves in the game when he removed Stirling in the seventh over. Following Stirling's departure, Captain Liam Livingstone provided fantastic support to Philip Salt with an innings of 24 runs from 10 balls. Livingstone and Salt's quick-fire stand of 36 runs reduced the equation to 8 runs needed from 6 balls. Salt wrapped up the chase with two consecutive sixes off Dasun Shanaka's bowling in the last over.

Earlier, Bhanuka Rajapaksa got The Chennai Braves off to a great start with two sixes off Fidel Edwards's bowling in the first over of their innings. Ravi Bopara joined the party with two boundaries off Sheldon Cottrell in the next over, however, his stay at the crease was short-lived as he was dismissed by Ahmed Daniyal in the third over.

Thereafter, Rajapaksa and Angelo Perera got together and strung a partnership of 69 runs in 34 balls. Rajapaksa smacked Daniyal for two sixes and a four in the third over and Perera smashed Jamie Overton for two boundaries, taking The Chennai Braves' score to 70/1 in 5 overs. After Rajapaksa was dismissed by Cottrell for 54 runs from 29 balls, Captain Dasun Shanaka played the perfect finisher's role with a knock of 23 runs from 8 balls in the latter part of their innings.