'Take On The Bowlers' Was On My Mind VS KXIP: Rahul Tewatia

Rajasthan Royals' latest hero Rahul Tewatia on Tuesday revealed that when he was promoted and sent to bat at No.4 against Kings XI Punjab he followed a specific plan: 'Go and take on the bowlers'. 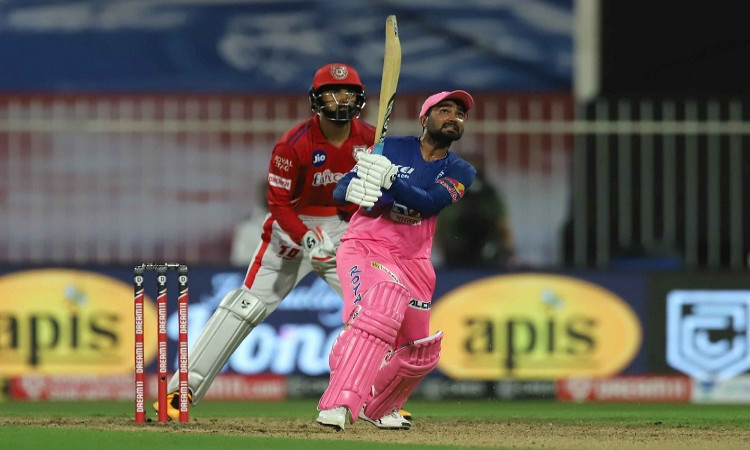 The result was that Tewatia, a leg-spinner, smashed a 31-ball 53 and played a key role as his team won the game by four wickets at the Sharjah Cricket Stadium. But the man from Sihi village in Haryana said that he had miles to go and needed to learn a lot.

Talking to the media in a Zoom session on Tuesday, Tewatia, 27, said that he played with a focussed mind to prove himself. "I simply adopted the 'go and take on the bowlers' mindset with a focussed approach and it worked," he said.

"When Steve Smith decided for me to play at No.4 position, it was a big time opportunity for me and I wanted to do my best to prove myself. Hence, with a clear mind, I went with a 'go and take on the bowler' mindset. I knew the team was trusting me and hence I wanted to retain that trust," said Tewatia.

Answering a question on whether he is working to improve his batting and bowling, Tewatia said: "As a cricketer, we need to work on different grounds to improve ourselves. Presently, I am working to improve my bowling and batting, both. As a sportsman, we can't stay stagnant; we need to learn something from each training session. The only motto, at this hour, is to improve myself. I strongly believe in the fact that work should never stop and there is scope for improvement each day. Each day is a new day," he said.

When asked if Wednesday's match between Rajasthan Royals and Kolkata Knight Riders can slip into another Super Over and if he would get the chance to showcase his talent, he said: "I will thoroughly abide by what our management, the coach, and the captain says. I will do my best if given a chance to ensure my team wins. Basically, it is a management, coach and captain's decision."

Tewatia's seven sixes and an amazing innings helped Rajasthan seal the deal against KXIP with three balls remaining as they chased a mammoth 224.