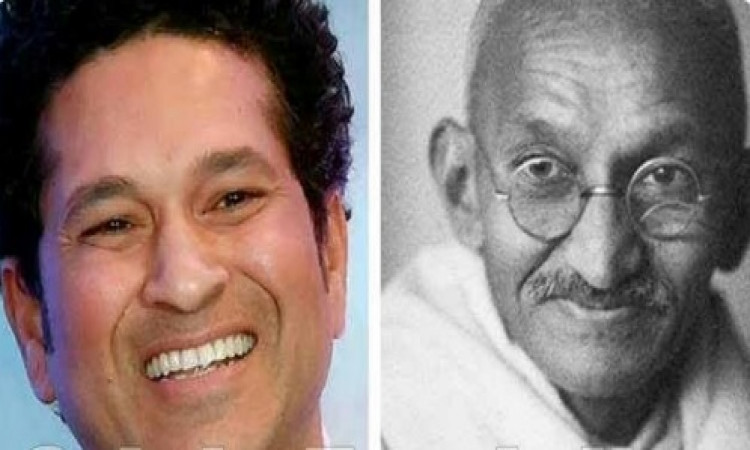 Sachin invoked a quote by Gandhi about the world having enough for everyone's needs but not their greed while expressing his views on Mother Earth.

Posting a video on Twitter, Sachin said the teachings of Gandhi such as ahimsa, cleanliness, about the environment should be taught to the younger generation. He also extended his support to the government which aims to reduce the use of single-use plastic.

"The world has enough for everyone's need, but not enough for everyone's greed" quoted by Gandhiji signified his views about Mother Earth. On his 150th birth anniversary it is only fitting that we come together & make India Swachh & Swasth.#SwachhataHiSeva #GandhiJayanti," the video captioned.

Sachin said it was necessary to clean all three areas i.e water, air and land and asked the people to join hands and take a pledge to keep India clean and healthy, starting from Mahatma Gandhi's 150th birth anniversary.