T20 World Cup: Bangladesh Confident As They Start Their Campaign Against Scotland

Bangladesh will be high on confidence when they take on Scotland in a First Round, Group B match at the Al Amerat Cricket Stadium here on Sunday (October 17), having hit top-gear with victories against the two best sides in the world -- New Zealand and Australia -- at home in August-September this year. 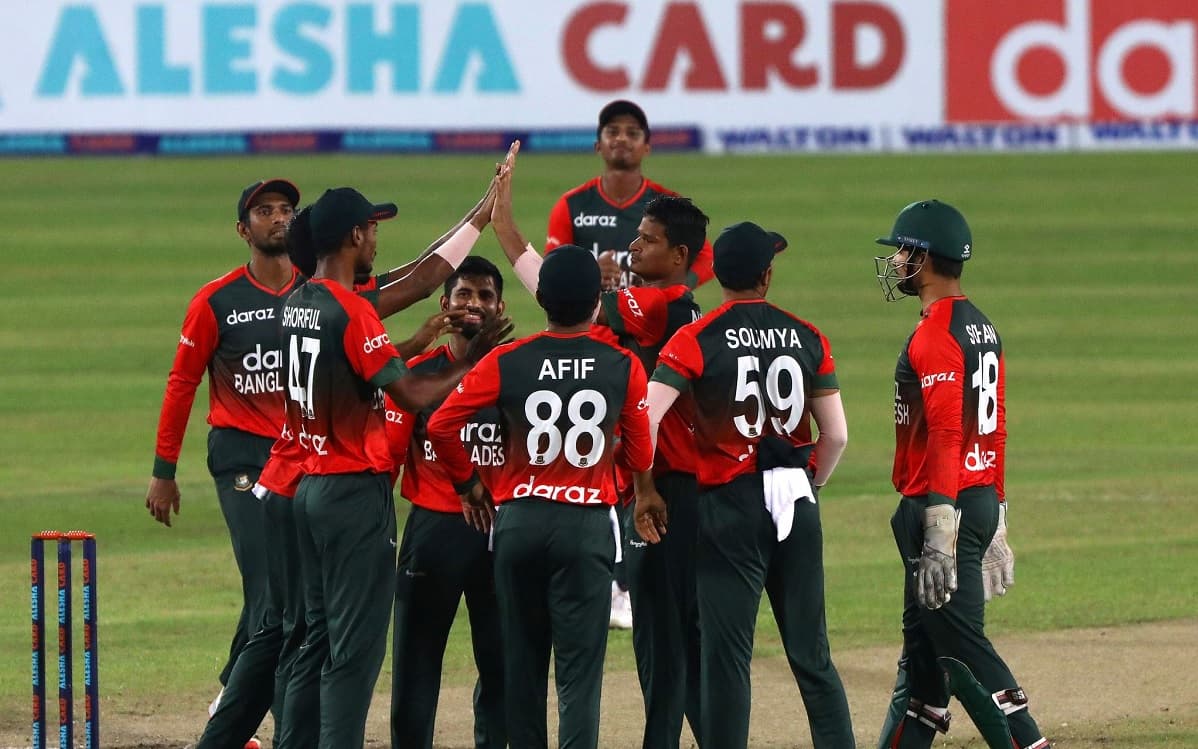 Bangladesh come into the tournament with nine T20I wins in the calendar year, only behind South Africa who have 12. Since losing to New Zealand in March away from home, Bangladesh have been unstoppable in T20Is, registering series wins over Zimbabwe (2-1), Australia (4-1) and New Zealand (3-2).

Over the years, Bangladesh have done enough to shed the tag of underdogs, showing marked improvement across all formats. At the T20 World Cup 2021, they have a chance to showcase just how far they have come in the shortest format of the game.

With form on their side, Bangladesh are favourites to top Group B in the First Round where they have been drawn alongside Scotland, Oman and Papua New Guinea.

The T20 World Cup has not been the happiest of hunting grounds for Bangladesh. They were one of the stories of the inaugural tournament in 2007, when they made it past the first group stage and into the Super 8s but through the 2009, 2010 and 2012 editions they failed to register a single win.

They returned to winning ways in 2014 when the tournament was expanded to 16 teams, topping Group A of the First Round only to lose all four matches in the Super 10 stage. It was a similar story in 2016, where they crashed out in heartbreak after a devastating loss to India. Needing 11 off the last over to stay alive in the tournament, they brought the equation down to two off three balls, only to lose three wickets across those three deliveries, bringing an end to their World Cup dreams. They would once again finish winless in the second stage of a T20 World Cup, going down in their final game against New Zealand.

The big difference for Bangladesh in this edition of the tournament is unlike in the previous six campaigns, they won't be underdogs -- not in the First Round and not in the Super 12 stage if they reach it.

Bangladesh have made steady progress since the 2016 heartbreak, and have hit top gear just in time for the 2021 World Cup. They sit sixth on the ICC T20I team rankings, ahead of the likes of Australia, West Indies and Afghanistan. Their T20I series wins over Australia and New Zealand this year -- their maiden series wins over either nation -- are testament to how well they are playing this season.

Captain Mahmud Ullah, who recently became the country's most successful T20I captain after surpassing Mashrafe Mortaza in the first T20I against New Zealand, is one of several seasoned campaigners in the Bangladesh squad along with Shakib Al Hasan, Soumya Sarkar and Mushfiqur Rahim. They will form the backbone of the batting line-up. The presence of Afif Hossain lower down adds more depth to the batting lineup.

In the absence of Tamim Iqbal, Bangladesh will be hoping that Mohammad Naim and Liton Das can fill the void at the top of the order. In just 11 games together, the two have become the country's third most prolific opening partnership in T20Is and Bangladesh will want them to set the World Cup ablaze.

With the ball, Mustafizur Rahman will be tasked with the responsibility to lead the attack. The emergence of Nasum Ahmed since making his T20I debut in March has further strengthened the attack that also consists of Taskin Ahmed, and Mohammad Saifuddin among others.