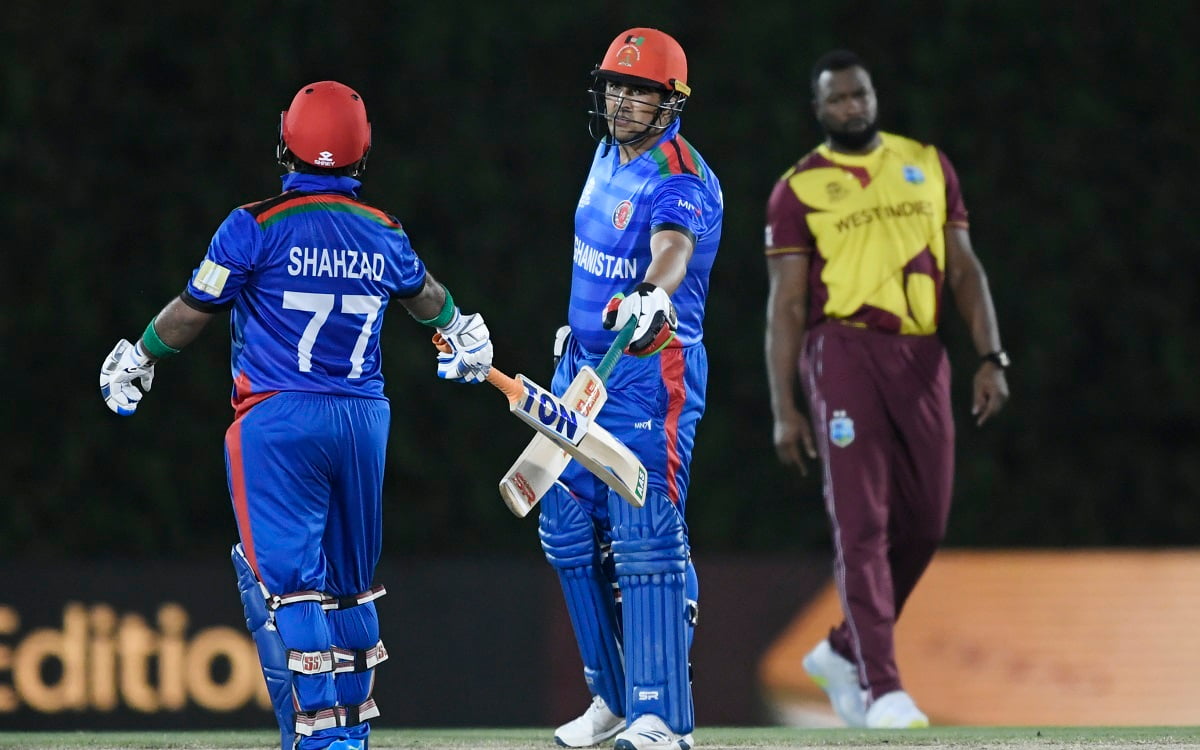 Chasing 190, West Indies were down and out in the powerplay itself as they lost two wickets and only scored 27 runs. Mohammad Nabi finished with the figures of 3/2 in four overs, including two maidens, as he bowled himself out in the seventh over.

Windies couldn't break loose as the Afghani bowlers overpowered the batters with disciplined line and length. Roston Chase scored 54 but in 58 balls and didn't find any support from the other end.

Nicholas Pooran hit 35 off 26 to get back into rhythm but Andre Russell made a struggling 11 from 16 balls as West Indies fell short of the target by 56 runs.

Earlier, Hazratullah Zazai and Mohammad Shehzad smashed 62 runs inside the powerplay and went on to add 90 in first 8.5 overs. Zazai scored 56 off 35 balls while Shahzad slammed 54 from 35 balls.

Rahmanullah Gurbaz too got a decent hit during his 26-ball-33 while Najibullah Zadran helped Afghanistan finished on 189/5 in the first innings.