Afghanistan thrashed Scotland by 130 runs in a Super 12s match at the Twenty20 World Cup on Monday. 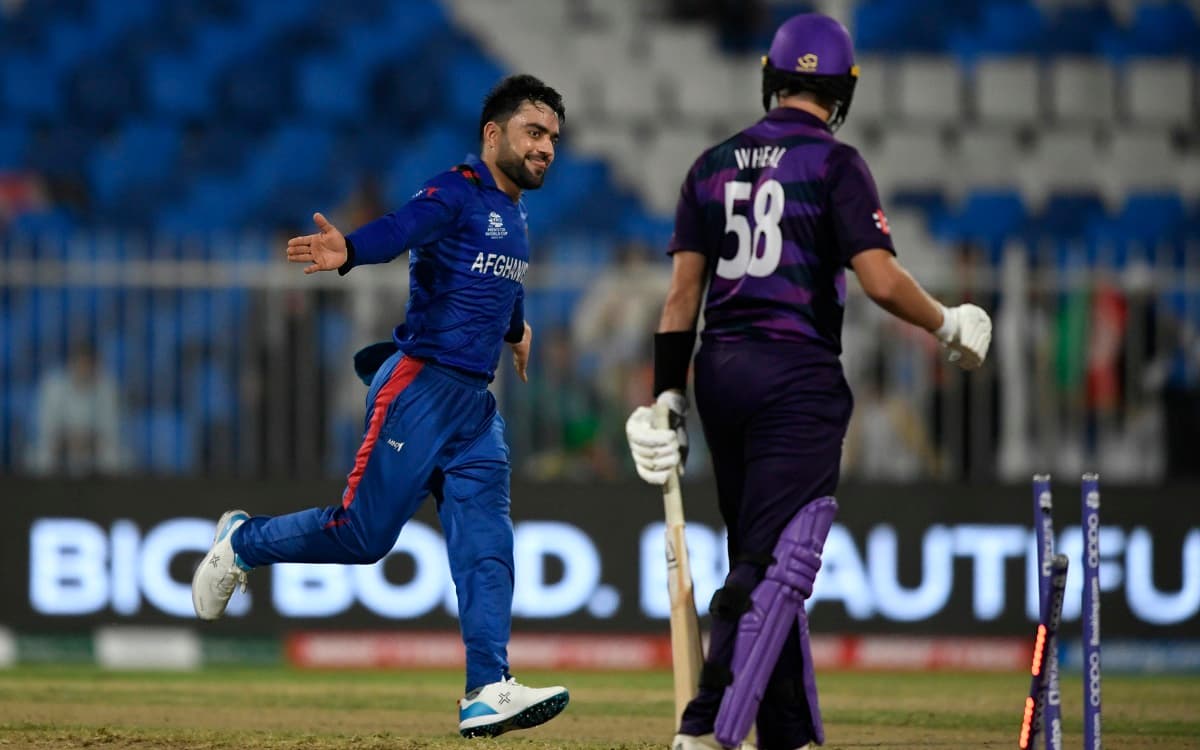 Let's take a look at the four biggest wins (by runs) in the tournament since the first edition in 2007:

172, Sri Lanka v Kenya, 2007
Sanath Jayasuriya smashed 88 off 44 balls as Sri Lanka posted a mammoth 260 for six after being invited to bat first in Johannesburg.

Kenya were never in the chase as they crawled to 88 for nine in 19.3 overs with Thomas Odoyo absent hurt.

130, South Africa v Scotland, 2009
An unbeaten 79 by batting superstar AB de Villiers steered South Africa to 211 for five in a group encounter at the Oval.

Skipper Graeme Smith (38) and Jacques Kallis (48) laid a solid foundation with their opening stand of 87.

Bowlers led by speedster Dale Steyn then combined to roll Scotland over for 81 in 15.4 overs.

130, Afghanistan v Scotland, 2021
Hazratullah Zazai (44) and Najibullah Zadran (59) smashed six sixes between them to pummel the Scotland attack and guide the team to 190 for four in 20 overs.

Spinners Mujeeb Ur Rahman (5-20) and Rashid Khan (4-9) shared nine wickets between them to bowl the Scots out for 60 in 10.2 overs to hand a bruising introduction to the minnows in the Super 12 stage.

Izatullah Dawlatzai took two wickets but went for 56 runs in his three overs.

Pace bowler Stuart Broad returned figures of 2-10 as England skittled out Afghanistan for 80 in 17.2 overs.